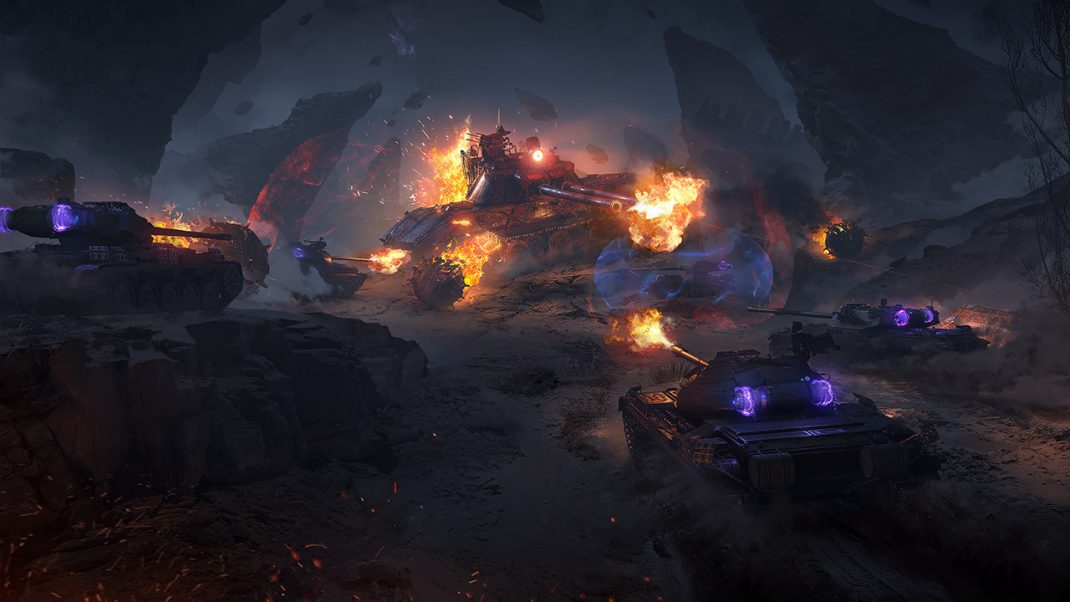 The Horror of Operation Mirny: Hope Comes to World of Tanks for Halloween

The creepiest season is here and a new operation, codenamed Hope, will have World of Tanks players returning to brave the harsh and unsettling conditions of Mirny starting October 28th. The mystery lies at the center of this once populated town, and it’s up to players to investigate what is happening and, more importantly, why.

Mirny was once a populated oil-producing industrial town. But one day that all changed. A major almost supernatural incident occurred, a state of emergency was declared, and a mass evacuation was ordered. This once booming town, full of promise, became desolate. Some brave scouts were ordered to venture into Mirny to find out its secrets, few returned…

Now, Recon Squads of up to 5 tankers are being created to go in search of answers to the question: “What really happened in Mirny?” Those who are eager to find out the truth will need to take on AI-controlled vehicles, unlike anything seen before on the World of Tanks battlefield. The battle is made up of three or four depending on the difficulty setting. A monstrous and formidable foe, the Immortal, awaits those rising to the challenge of the higher difficulties and make it to the fourth phase. Defeating this behemoth will take all players’ might and skill, but the reward is definitely worth it.

The secret to make the invincible beast become vulnerable are found in this event’s collectibles: Reels. There are eight to be found, each containing some important background information on the Immortal. However, these items have been encrypted and players will be need special keys to decipher them, which can be earned throughout the event, as well as claimed through the Creepin’ It Real Prime Gaming drop. The bravest and unshakable commanders who decode all eight reels and understand this enigmatic locale will be awarded the King Tiger (Captured), a Tier VII Premium American heavy tank, as well as a unique and exclusive Mirny-inspired 3D style, Nox Tenebris.

Players will be able to brave Mirny once again until November 11th. For more information about the event, visit worldoftanks.com.

And for mobile tank battle fans, World of Tanks Blitz has prepared a Halloween-themed event that will run until November 4th. In this event, tankers must win battles or earn Mastery Badges in Tier IV-X vehicles to get Magfilms, this event’s special commodity. These can then be used to unlock levels which will bring great rewards, such as the incredible new Tier V Titan Mk. I and Tier VII Titan H-N tanks (which features experimental armor!), thematic camos, containers with resources and much more. For more information, please visit: wotblitz.com.