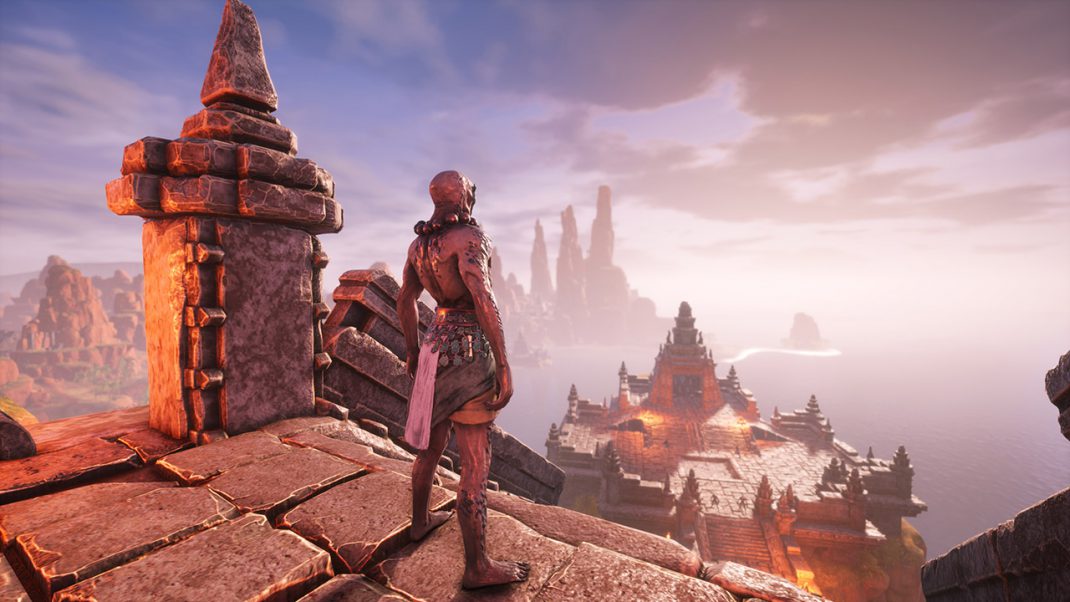 Released today on PC, PlayStation and Xbox, People of the Dragon Pack introduces 110 new items ranging from medieval building pieces to weapons, armor and placeables. The newest Conan Exiles DLC is themed around the proud kingdom of Nemedia, Aquilonia’s longtime rival and neighbor to the east.

While Nemedia is perhaps most famed for fostering the leading philosophers and historians in Hyboria, the old kingdom can also boast a powerful army and have held the Aquilonians at bay for millennia. The People of the Dragon Pack allows you to create your own version of a Nemedian stronghold, taking this history into account.

Among the new placeables you will find journals, scrolls and a bookshelf, representing the learned women and men of Nemedia, whereas the new weapons and armor pieces allow you to charge into battle donning the fierce dragon emblem. And as a counterweight to the Roman inspired Aquilonian architecture, Nemedian building pieces have a distinct Germanic touch. Most of the new items are displayed in the brand-new People of the Dragon Pack trailer.

All the new content in People of the Dragon Pack is exclusive to this DLC and adds a host of new visual options but does not give any in-game advantage in power. All the new items have comparable stats to existing items.

Conan Exiles is an open world survival game set in the savage lands of Conan the Barbarian. Launched in full on PC, Xbox, and PlayStation in 2018, it quickly became one of Funcom’s best-selling and fastest-selling games and has since been continually updated with improvements and new content. The game’s first massive expansion, Isle of Siptah, was launched earlier this year, and featured a vast new island to explore.