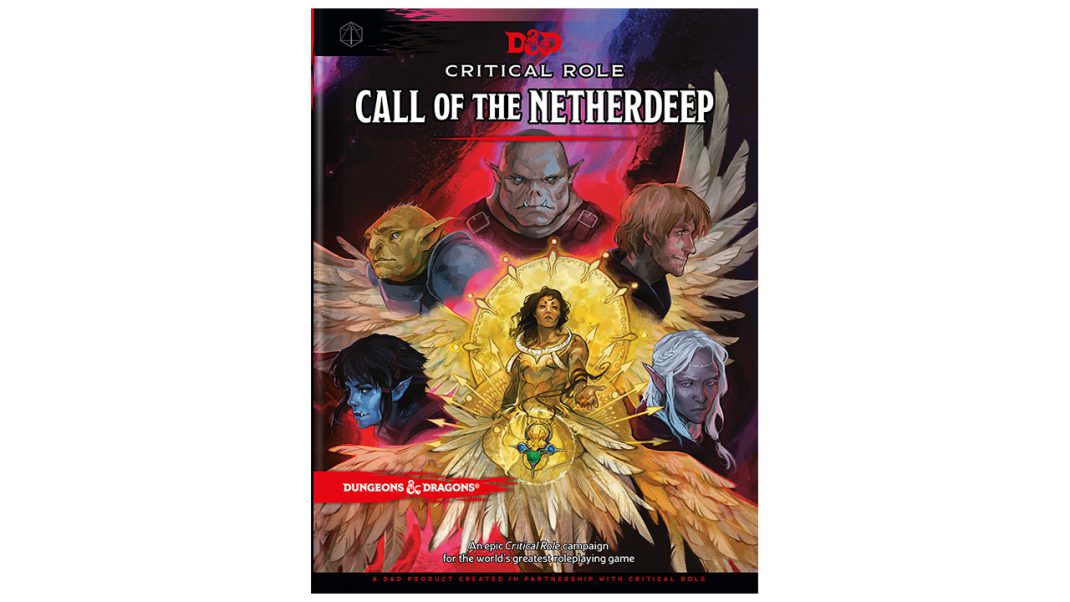 “My co-leads, Matthew Mercer and James Haeck, have crafted a story that feels true to Critical Role while also being something that all D&D fans can enjoy,” said Chris Perkins, one of the Game Design Architects of Dungeons & Dragons. “The story has depth, and there’s a wealth of setting information in this book for all the Critters out there. I can’t wait to see how all fans play through the first hardcover adventure D&D has produced set in the world of Critical Role.”

Beginning in the Wastes of Xhorhas, Call of the Netherdeep leads adventurers to the glimmering oasis-city of Ank’Harel on the continent of Marquet, and from there into a sunken realm of gloom, corruption, and sorrow known as the Netherdeep—a terrifying cross between the Far Realm and the deep ocean. Above it all, the red moon of Ruidus watches, twisting the fates of those who have the power to shape the course of history. Fans will discover that the greed of mortals has awakened a powerful entity long thought destroyed, a mighty champion of the gods that has been imprisoned in the darkest depths of Exandria for eons, with his name and heroic deeds forgotten. Languishing in despair, he calls out for new heroes to save him.

“Getting to bring a direct adventure book within Exandria to life is really such an exciting thing, especially exploring ideas and elements I’ve never been able to bring to a campaign myself yet,” said Matthew Mercer. “Working with such a talented team to develop and craft a tale like this is an absolute honor, and I cannot wait for folks to step into the unique mysteries and dark challenges that Call of the Netherdeep invites.”

Call of the Netherdeep contains seven chapters of gripping adventure, new creatures and magic items, a poster map of Ank’Harel, and introduces new mechanics for a rival party of NPCs. The adventure takes players from levels 3-12 and is bursting with lore and all-new art depicting Exandria. Fans will be delighted that many elements of the storyline tie into the themes of previous Critical Role campaigns.

For more information about Critical Role: Call of the Netherdeep and Dungeons & Dragons, please go to dungeonsanddragons.com.