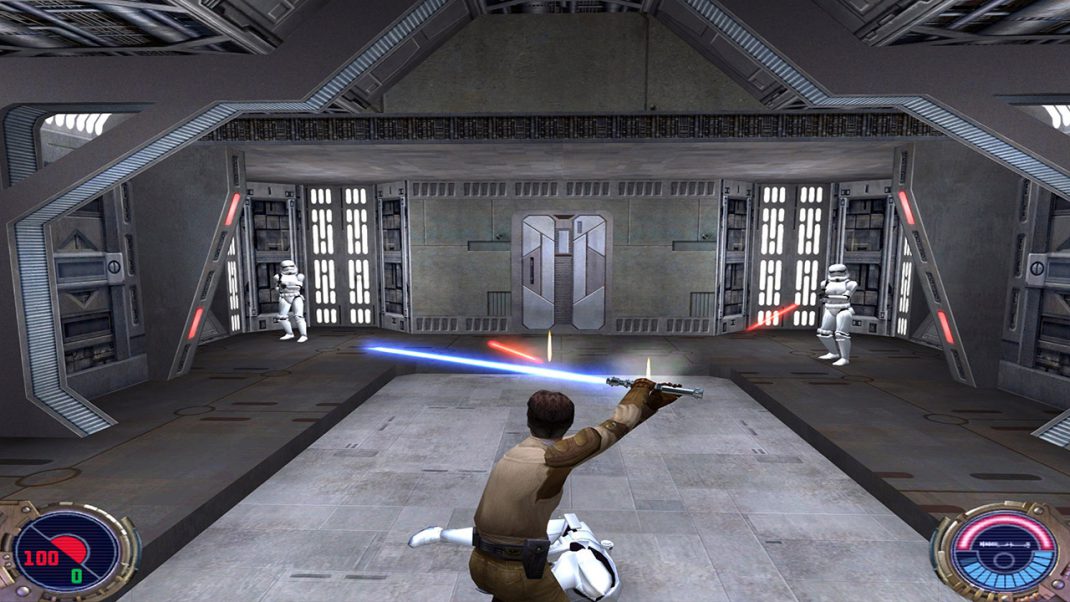 Meet iconic Star Wars™ characters such as Lando Calrissian and Luke Skywalker in Star Wars™ Jedi Knight II: Jedi Outcast, where you play as the Jedi Kyle Katarn, employing a unique mix of weapons, Force™ powers and your lightsaber™ in single-player first- and third-person action. Follow an ancient tradition and learn the powers – and dangers – of the Force™ in Star Wars™ Jedi Knight: Jedi Academy, a single- and multiplayer action combat game.

A Jedi outcast struggles with his past, his enemies, and his destiny. Kyle Katarn’s classic adventure lands on Nintendo Switch™ and PlayStation®4! Experience the legendary single-player epic with modernized controls.

Forge your weapon and follow the path of the Jedi. The online multiplayer classic comes to Nintendo Switch™ and PlayStation®4 with modernized controls. Take on the role of a new student eager to learn the ways of the Force from Jedi Master Luke Skywalker.

About the Star Wars™ Racer and Commando Combo

The fan-favorite racer is back! Two engines. One champion. No limits. Take control of a podracer speeding through flaming methane lakes, Tusken Raider assaults, anti-gravity tunnels, and much more in a pulse-pounding, do-or-die fight to the finish line.

The squad is your weapon. Boss, Fixer, Scorch, and Sev, better known as Delta Squad, are back on Nintendo Switch™ and PlayStation®4! Relive the legendary campaign.