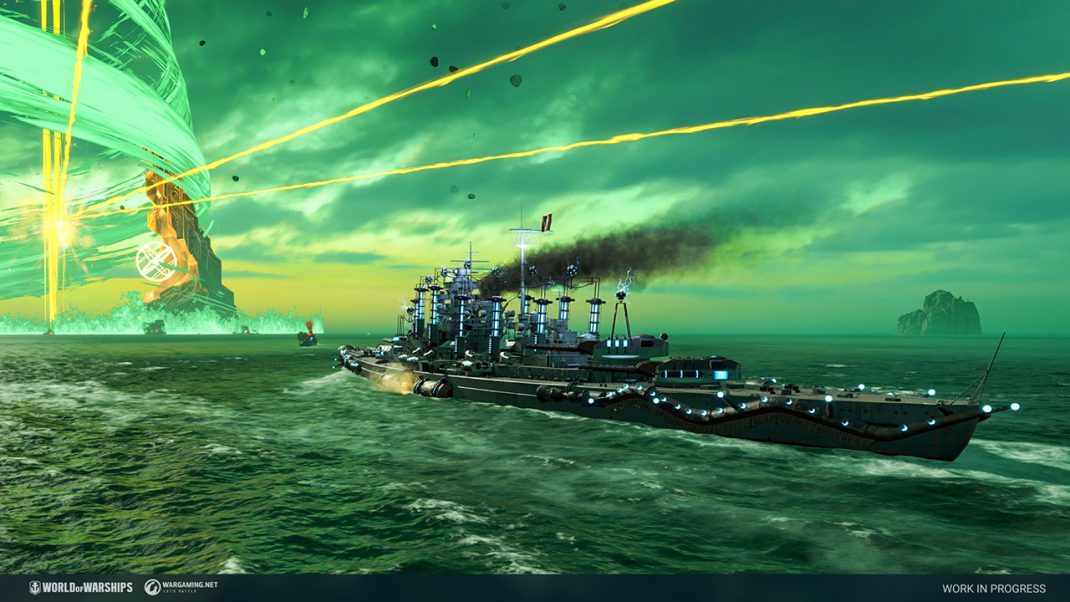 Today Wargaming, developer and publisher of the world’s most popular free to play naval warfare game, World of Warships, is launching an explosive new update packed with new features. It includes limited time themed events for the ghoulish Halloween season, as well as the arrival of a fleet of new German battleships.

Take to the seas aboard all-new German Battleships

Tiers III-IX of these powerful vessels will be available within sequential bundles in exchange for German Tokens, a new temporary resource earned through taking part in the Personal Challenges event or obtainable from the Armory. The port of Hamburg has also been spruced up in honour of the update.

And going once, going twice! Coming up for auction will be early access to the Tier X Schlieffen, starting at 1,000 doubloons. More details about the dates and rules of the auction will be announced further into the update.

Trick or treat with new and returning game modes

The temporary battle type, Twilight Hunt, makes a ghostly entrance in this update from October 20-21, pitting 16 players both against each other and the AI-controlled Twilight Fleet in the Polygon map. The aim is to earn as many Battle Points as possible by destroying the enemy armada, led by the fearsome boss ship Rasputin. Hop aboard the monster ships Fangblade, Thornridge, and Lobster-Eyed for the spookiest experience!

From the start and until the end of the update, old favorites Operation Saving Transylvania and Sunray in Darkness will be making a grand comeback.

In Personal Challenges, players must fill out the mission requirements of each personal records table to progress onto the next part and bring in those juicy rewards – coal and German Tokens, that can be used to obtain new German battleships plus a host of camouflages and flags.

Submarines will also be available for rental in random battles to test this class in a live environment with their new balance changes.

For the full patch notes of the update, please click here.