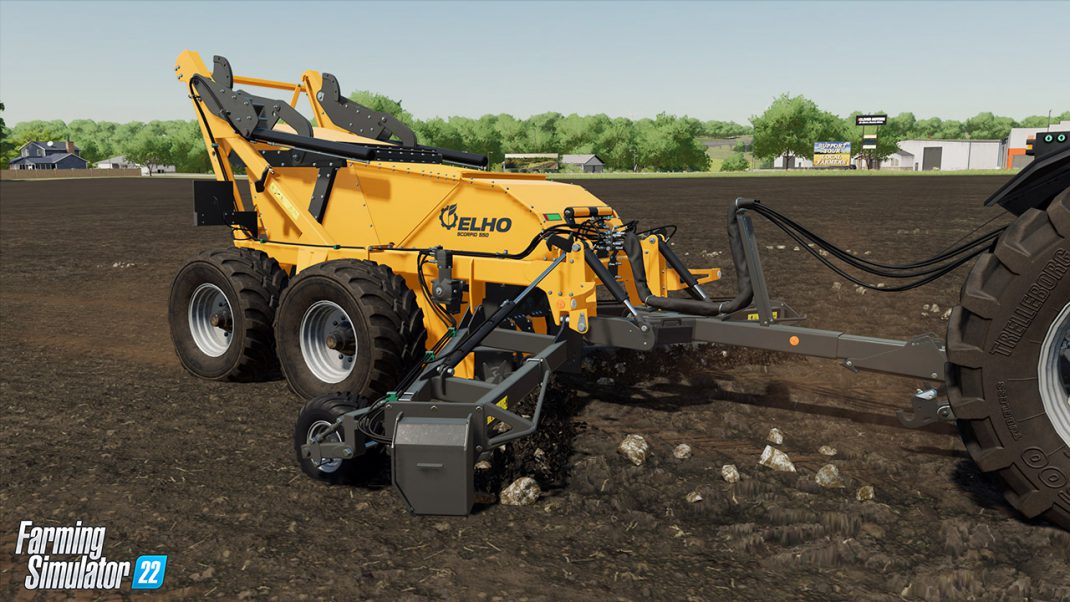 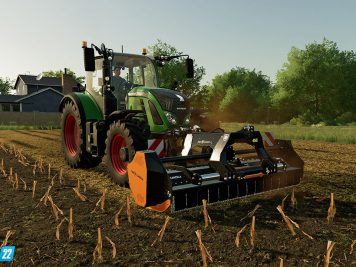 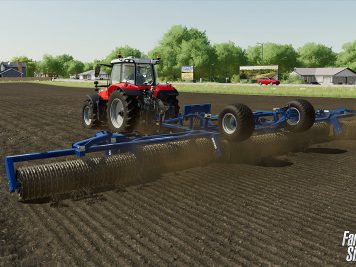 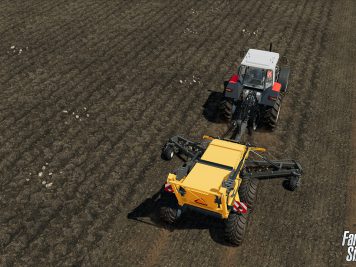 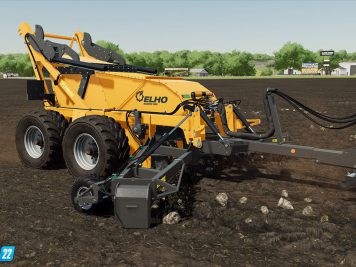 Mulching: way more than bark chips for your backyard
While mulching is prominently known in domestic gardening through use of bark chips, in Farming Simulator 22 it becomes an integral part of increasing the yield as it is in real agriculture: Players mulch the narrow spaces between their brand-new grape vines and olive groves with fresh cut grass to increase the soil quality while making everything look nice and clean, or mulch the stubble left on the field after harvesting other crops.

Stone picking: a new type of enemy for virtual farmers
It’s not just weeds, virtual farmers have to fight: Lying dormant in the ground, stones can be dug up by plowing or cultivating. To avoid the risk of damaging machines, players will have to remove them. Dependent on the size, they either have to use a stone picking tool attached to the tractor, or roll over with the new rollers – effectively sweeping them under the nutrient-rich topsoil, at least for a while.

Let’s roll: soil rollers increase the yield (and are fun to operate)
With spectacular looking agricultural tools called rollers, players can press small stones back into the ground to conceal the rocky consequences of cultivating. After sowing crops, farmers gain additional yield bonuses when rolling over the seedbed to compact the soil. Grassland farmers also gain a fertilizing stage by rolling over their meadows.

Better looking soil: A feast for farmer’s eyes
Virtual farmers with an eye for detail will also notice the all-new ground textures. Basically all ground textures have been revised for the upcoming game, resulting in more visual diversity and authentic representation of the various soil states.