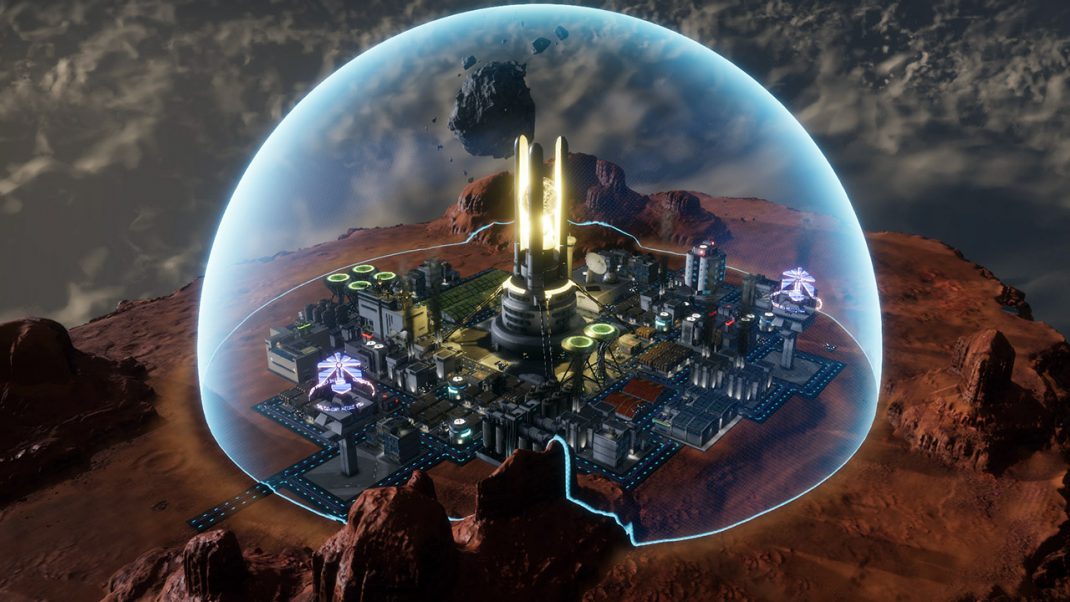 Today, publisher Assemble Entertainment and developer Hexagon Games announced the promising survival city-builder Sphere – Flying Cities is launching in Steam Early Access on October 14, 2021. The game takes place in a post-apocalyptic future and sees players manage the well-being of the Earth’s very first flying city inhabited by the planet’s last remaining humans. Utilizing a mix of strategy, simulation, and survival elements, Sphere ensures there’s no limit to the truly extraordinary and immersive gameplay scenarios that can be constructed.

Developed by Hexagon Sphere Games and published by Assemble Entertainment, Sphere – Flying Cities will make its debut on Steam via Early Access on October 14, 2021, and will be available for $17.99 USD.

Assemble Entertainment has again partnered with a charitable organization to offer a Save the World Edition of the game, this time with Atmosfair, an environmental development organization that focuses on clean energy climate protection projects. The Save the World Edition of Sphere – Flying Cities will include a mini-artbook and bonus in-game cosmetics. Learn more and add the game to your wishlist here.