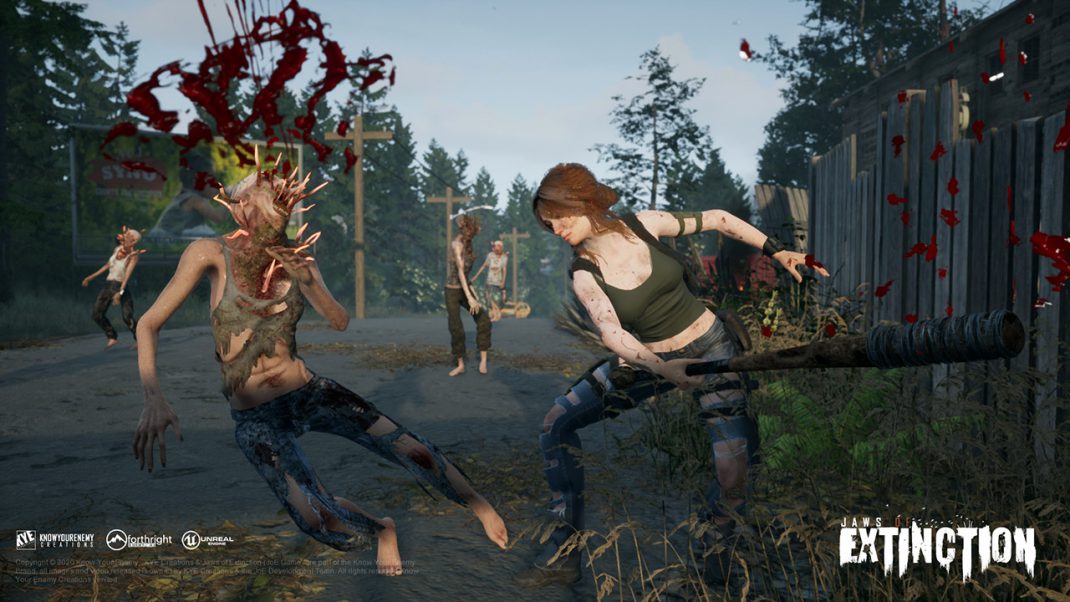 Jaws of Extinction Gets A Huge Update

Forthright Entertainment today announced that it has published the 2.0 release for its open-world survival-horror game Jaws of Extinction onto Steam Early Access and the Epic Games Store. Developed by KYE Creations, Jaws of Extinction first came to Early Access in 2019. The huge 2.0 release is the title’s most significant update yet, delivering new features to die for – or survive with, such as new starting scenarios and an in-depth building system – as well as dozens of quality of life improvements.

Jaws of Extinction strands players on Eden-Nadir, an island swarming with mindless infected inhabitants. The difference between life and death in this dangerous world could be fighting off parasitic-infected hordes, outwitting vicious wildlife, or overcoming extreme weather. To help navigate these hazards, players can choose from a range of four distinct protagonists each with their own backstory and specialism allowing survivors to master essential skills such as scavenging, trading, crafting and hunting – all in the name of making it through just one more night. Working with the island’s living inhabitants is the only way to reach safety. But not all of the islanders can be trusted as the game weaves a spellbinding narrative across its mysterious open-world that will leave players second-guessing every decision they make.

The 2.0 update introduces a stack of features into Jaws of Extinction and improves upon existing mechanics. These additions include starting scenarios to challenge new and returning survivors, revised shooting and melee mechanics, and more detailed infected models to test improved combat. A modular base building system also allows players extensive control to create their stronghold out in the wilderness. Plus, the island of Eden-Nadir has received a graphical overhaul making the expansive map more beautiful and more dangerous than ever.