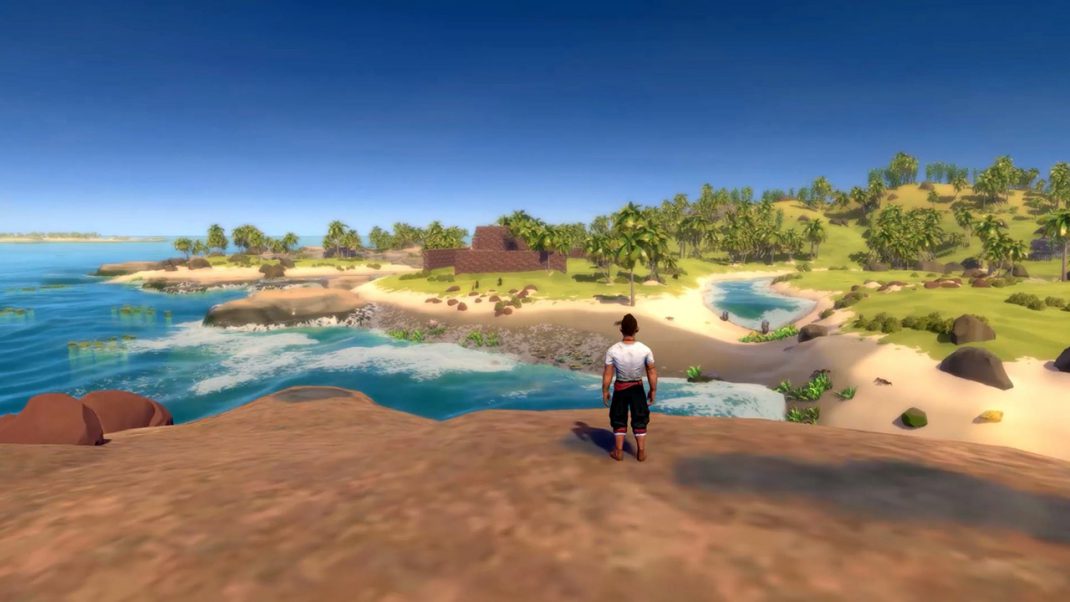 Breakwaters Gets A New Trailer Showing off the Power of Water

Breakwaters, developed by Soaring Pixels, is an island-hopping survival adventure set in a breathtaking, ever-changing oceanic world. While it may look like a perfect paradise, your task is titanic—it’s up to you to defeat terrifying titans to calm the stormy seas.

With Early Access release date information rolling in soon, this is the perfect time to get to know the ropes of Breakwaters. Featuring the largest in-game ocean simulation, how you control the ocean and what lies beneath the waves will determine your success in this unique interactive open-world experience.

Originally announced via Kickstarter earlier this year, Breakwaters immediately resonated with fans and was funded in just 3.5 hours. Since hitting their initial funding goal, along with quite a few stretch goals, the team at Soaring Pixels has been busy preparing and perfecting some pretty cool features for the upcoming Early Access launch, including:

Breakwaters is designed for three different types of players: Homesteaders, Explorers, and Adventurers. This means players enjoy many different play styles, such as building, farming, combat/action, adventure and more. There’s something for everyone—casual players who enjoy life-sims can chill on the beach to harvest resources, while players who crave action and adventure can battle massive Titans that plague an otherwise peaceful world.

Breakwaters is set to launch this year on Steam, followed by other PC portals and console platforms at a later date (specific platforms still TBD). For more information, visit the website or Steam Page, or check out Breakwaters on Twitter, TikTok, Discord, Instagram, Facebook, and YouTube.