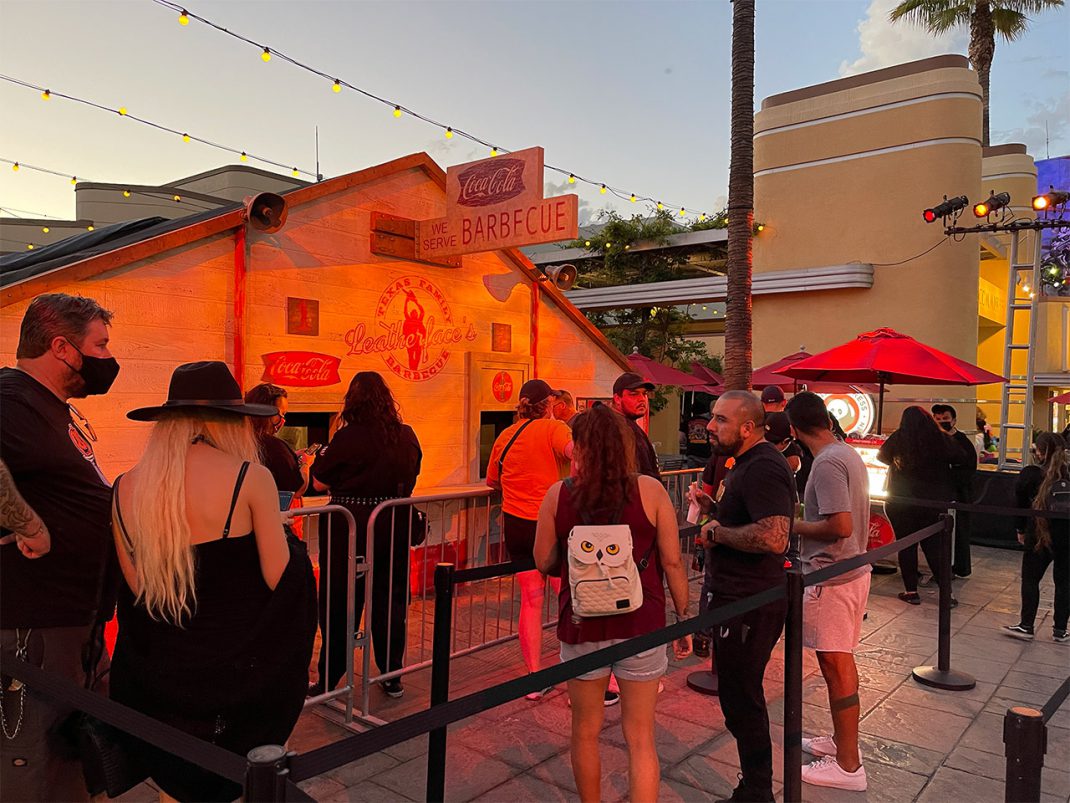 As part of its intensely immerse “Halloween Horror Nights” event, Universal Studios Hollywood is serving up a selection of terrifying treats and memorable merchandise themed to the event, which runs select nights now through Sunday, October 31.

Fans of “The Texas Chainsaw Massacre” maze can dine on Leatherface’s infamous Texas Family BBQ and savor a variety of unique, horror-inspired food offerings. The Roadhouse BBQ-style restaurant run by cannibals features grilled favorites such as: 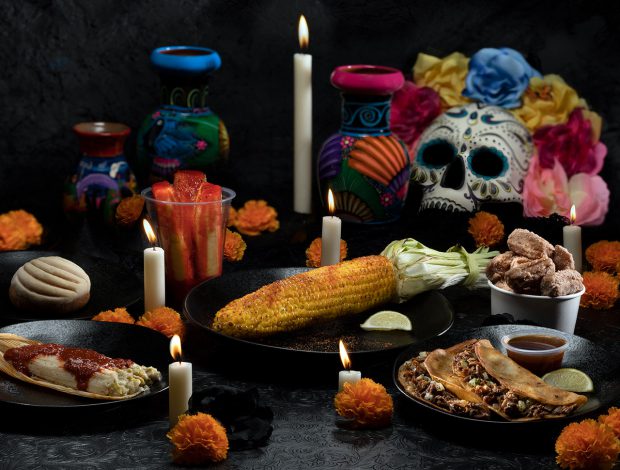 In Plaza de los Muertos, guests are invited to toast the living and celebrate the dead at a themed bar with a choice of draft and canned beers as well as handcrafted cocktails – Marigold Floral Crown, Smoked Margarita and The Chamoy Fireball – served in a festive light-up skull mug. Inspired by Los Angeles’ diverse culture, the menu at Little Cocina includes:

In the shadow of “Jurassic World—The Ride,” guests can eat and drink at the Terror Lab, which is modeled after an experimental test lab gone bad, complete with an eerie neon glow. The Lab’s menu features:

Located adjacent to Universal Plaza sits a French-themed bistro catering to classic horror fans. Guests can imbibe on a variety of wines or the signature Sangria along with French-inspired grab-and-go items such as assorted Quiche or ham and brie baguette sandwich and “Halloween Horror Nights”-themed cookies.

Daytime parkgoers and “Halloween Horror Nights” visitors alike can both indulge in two special seasonal offerings throughout September and October.

For a limited time, Dufftoberfest will be in Springfield, U.S.A., offering German-inspired favorites from Pretzel Buns with Duff Cheese Sauce and Giant Hooray for Everything Bagel Pretzels to the ultimate Dufftoberfest beer on tap.

Fans of Illumination’s Despicable Me can find the Minion Cafe properly dressed for the spooky season with Halloween decorations and limited release items, including a Seasonal Felonious Float and a collectible Minion Pumpkin Popcorn Bucket.

Voodoo Doughnut at Universal CityWalk also gets in the Halloween spirit with specialty doughnuts throughout the season, including Mummy, Bat, Vampire, Ghost and Werewolf designs.

A special artist signature series celebrating Frankenstein’s Monster and the Bride of Frankenstein is available for purchase as well as a collection of spooky “Halloween Horror Nights”-inspired candles.

“Halloween Horror Nights” dates are September 17-19, 23-26, 30 and October 1-3, 7-10, 14-17, 21-24, 28-31. Tickets can be purchased at https://hollywood.halloweenhorrornights.com/. Advanced purchase is recommended as event nights will sell out. Guests must be 21 years or older with valid photo identification to purchase or drink alcoholic beverages.

The event also comes to life at Universal Orlando Resort which celebrates 30 years of fear this year and runs select nights now through Sunday, October 31.