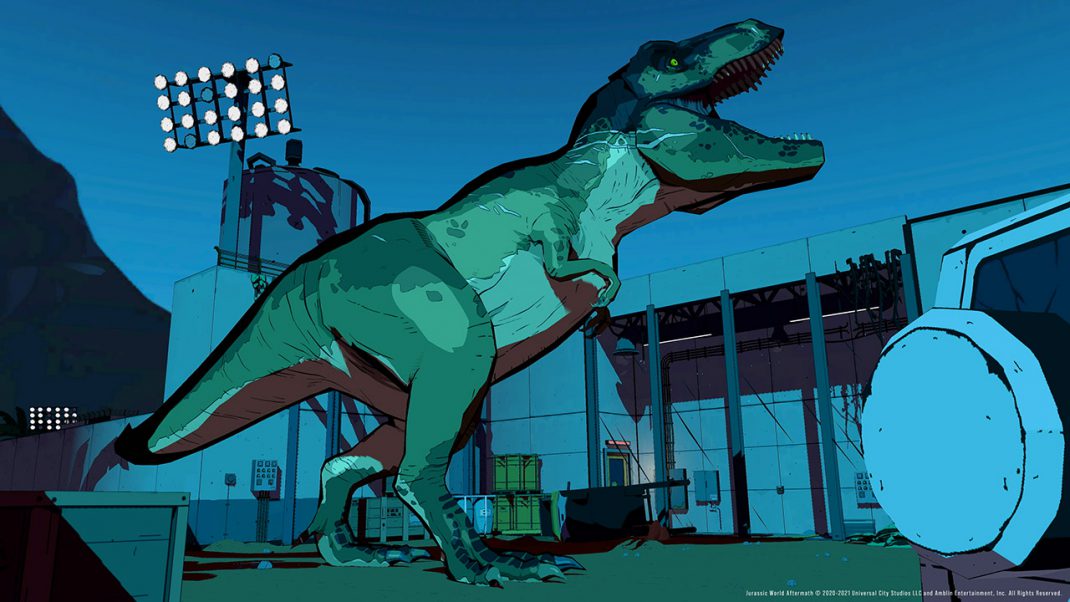 Coatsink, in collaboration with Universal Games and Digital Platforms, today announced that the highly anticipated conclusion to the suspenseful VR survival adventure, Jurassic World Aftermath, based on Universal Pictures and Amblin Entertainment’s blockbuster film franchise, is set to arrive on September 30, 2021 with Jurassic World Aftermath: Part 2, available exclusively on the Oculus Quest platform for $14.99, £10.99, €14.99.

Crash-landing on Isla Nublar after the fall of the Jurassic World theme park, players find themselves trapped in an abandoned research facility when their mission to recover valuable information goes disastrously wrong. To survive, they’ll need to explore and solve puzzles, while evading a menagerie of ferocious dinosaurs, including ravenous Pteranodons, cunning Velociraptors, and the terrifying T. rex.

Featuring all-new locations, puzzles and dinosaur encounters, Jurassic World Aftermath: Part 2 builds on the wonder and excitement at every turn as players venture to the opulent heights of Dr. Henry Wu’s office and delve into a secret vault deep beneath the facility, leading to the story’s thrilling conclusion.

To celebrate the announcement, Jurassic World Aftermath: Part 1 is available for 20% off from the Oculus Store starting midnight PST on August 27 for 24 hours.