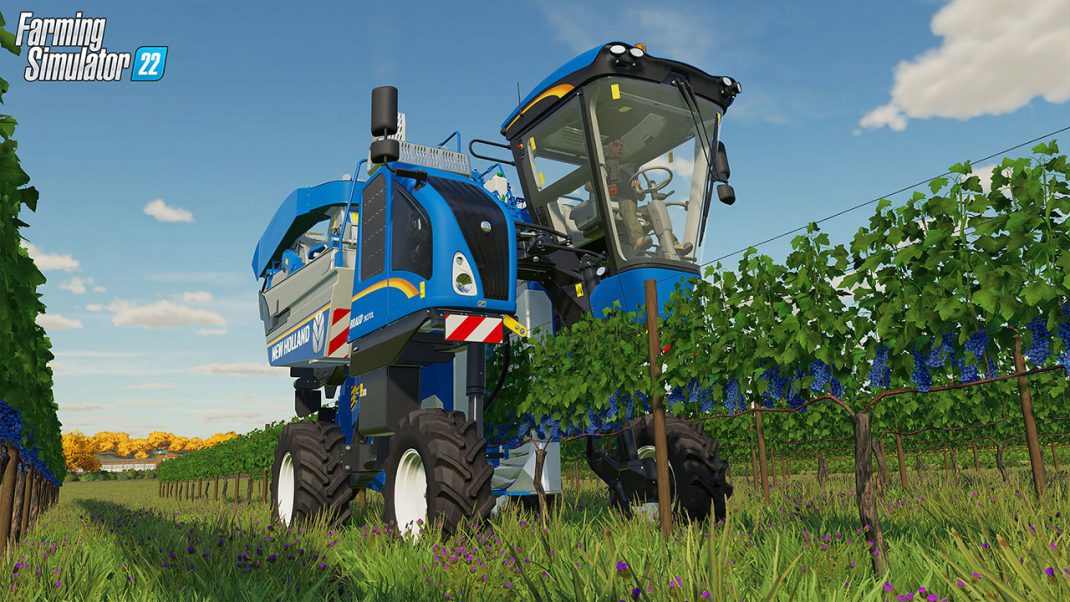 Because the heart of gaming needs more farming: With Farming Simulator 22 represented at Gamescom 2021, GIANTS Software brings relaxing agriculture to the world’s largest event for computer and video games. To unveil new features and details, the publisher and developer will host a stream for the next installment of the popular game series on Friday, August 27 at 9pm CEST / 12:00pm PT on the official GIANTS Software Twitch channel.

Farming Simulator 22 invites farmers to a new Mediterranean environment in Europe. Ideally suited for the new crops; grapes, olives, and sorghum, the French map Haut-Beyleron is perfect for creating an idyllic vineyard landscape. GIANTS Software reveals the last of three maps, included in the game at launch, by showing it off in the brand-new trailer at Gamescom. After the previous cinematic trailer, this also marks the first trailer consisting of actual gameplay footage, revealing many new vehicles and tools.

First season pass announced: While Farming Simulator 22 offers more content than ever before, including over 400 machines and vehicles, three maps, and brand-new gameplay features like seasonal cycles and production chains, the game will extend even more over time: GIANTS Software starts the evolution of Farming Simulator 22 with the Year 1 Season Pass – including three packs and one larger expansion to be released as DLC within twelve months after release. On top of that, the game will also receive free content updates.

Stream to reveal more on Friday

“We won’t miss the chance to attend Gamescom with Farming Simulator 22”, comments GIANTS Software CEO Christian Ammann. “As the game is in its final stages of development, we’re proud to present more details at the world’s biggest gaming fair and show our fans and gamers the very first gameplay trailer.”