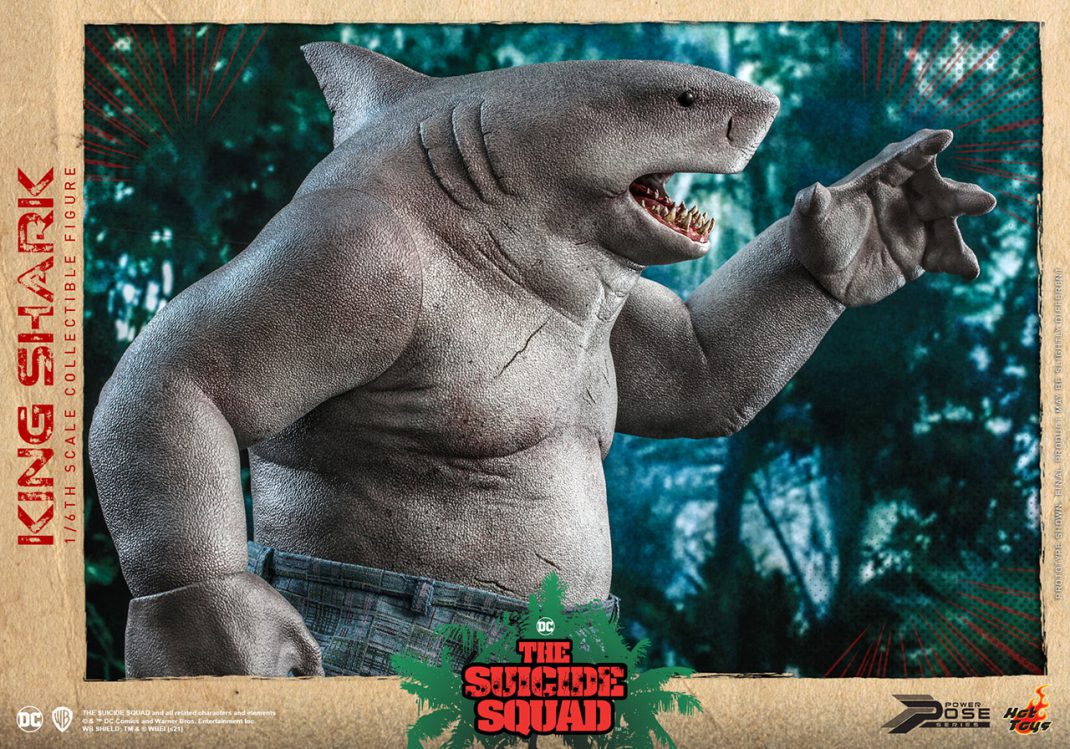 Following the release of The Suicide Squad™, Hot Toys has shared more images of an epic new 1/6 scale collectible figure inspired by one of the movie’s most popular characters!

Nanaue™ AKA King Shark is the son of an ancient shark god. Once the terror of the Hawaiian seas before he turned to a life of maritime crime, King Shark now joins a crew of dangerous super-villains on an all-new mission to save the world.

This movie-accurate collectible figure stands approximately 13.98″ tall, and features a semi-articulated body with movement in the arms, wrists, and waist. This beautifully sculpted and painted figure captures all the minute details and varied textures of Nanaue’s rough skin, and is supplied complete with two swap-out hands for additional posing and display options, as well as a pair of specially tailored pants and King Shark’s book.

The King Shark 1/6 scale figure is available to pre-order now, via Sideshow.