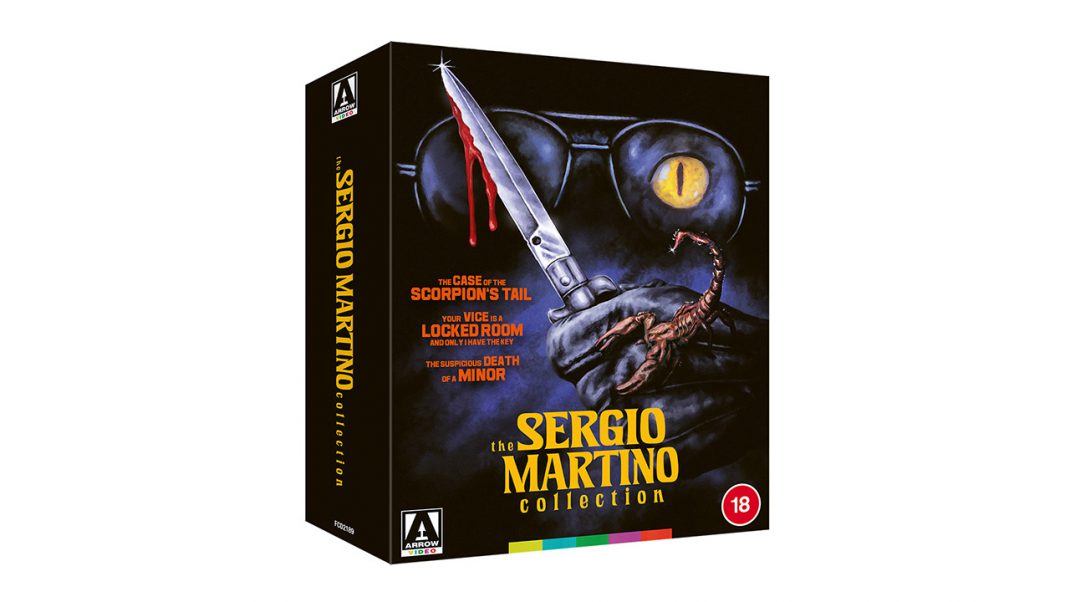 Giallo. The Italian thriller genre named for the yellow covers of the pulp novels that birthed it. A niche interest by current standards but one whose influence can be felt on filmmakers from Quentin Tarantino to Edgar Wright today. Alongside Spaghetti Westerns and Poliziotteschi it stands as one of the pillars of Italian cinema of the Sixties and Seventies.

The name Giallo likely brings directors Dario Argento and Mario Bava immediately to mind for film students and genre enthusiasts everywhere but there is another name worthy of being circulated alongside them – Sergio Martino, a journeyman director who less put his own stamp on cinema as he disappeared into it. Here, UK boutique label Arrow Video collects three films from Martino’s foray into the proto-slasher genre. 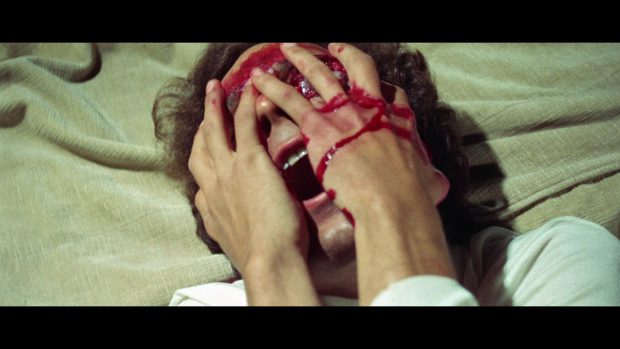 The Sergio Martino Collection repackages three of Arrow’s previously released titles of his – The Case of The Scorpion’s Tail, Your Vice is a Locked Room and Only I Have the Key, and Suspicious Death of a Minor.

The Case of the Scorpion’s Tail was Martino’s second Giallo and shows the mark of a director comfortable in this genre right from the start. When a woman’s husband dies in a plane crash and a killer murders her for the insurance payout it’s up to an investigator played by Spaghetti Western star George Hilton and his journalist love interest played by genre starlet Anita Strindberg to get to unravel the mystery. Featuring gorgeous locations, this film is a breezy watch and instantly transports you to the jet-setting culture of late Sixties/early Seventies Europe.

Your Vice is a Locked Room and Only I Have the Key, aside from having an absolute banger of a title, is the darkest of the three movies and a worthwhile adaptation of classic Edgar Allan Poe work The Black Cat. Aside from its previous standalone release, Your Vice has also been collected alongside Dario Argento’s adaptation of the same work in the aptly named Black Cats collection. In her third work with Martino, Edwige Fenech – Giallo star and namesake of Lt. Ed Fenech in Tarantino’s Inglourious Basterds – stars as Floriana, niece to a failed writer whose cat, Satan, seems to be at the center of a string of grisly murders. A progressive film that often condemns the misogyny and sexism of the Swinging Sixties that preceded it, Your Vice is a visual treat and the highlight of this set.

All in all, two worthwhile entries into the genre with a third film as a bonus curiosity. Each of these films have a place for fans of Italian cinema and packaged together give a good, if incomplete, look at a single director’s work in Giallo. 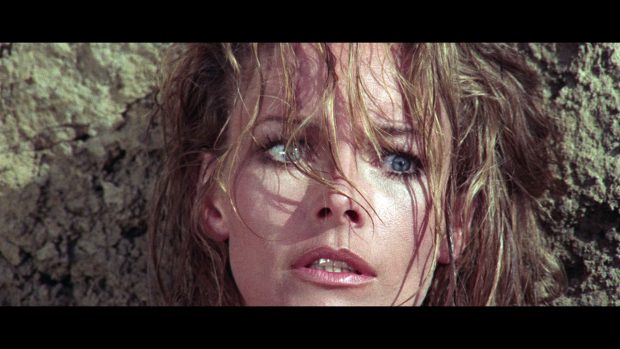 Each film here is presented in 2K scans from their prior releases. The colors pop and the picture on each disc is clean with very few scratches or blemishes left in the prints. Each film also features uncompressed Italian and English mono tracks.

One particular item of note – The Case of the Scorpion’s Tail and Your Vice is a Locked Room each feature their full English versions, swapping titles and credits to English when the language is selected from the disc menu. This option is not present in Suspicious Death of a Minor.

Each film is presented with the same features from their previous release.

The Case of the Scorpion’s Tail and Your Vice is a Locked Room are the more robust offerings here. Between them you’ll find multiple video essays and interviews with experts on Martino’s career. Being that the discs were not originally intended to be packaged together, it’s interesting that the retrospectives are frequently at odds with one another with historian Mikel J Koven characterizing Martino as a journeyman gun for hire in the features on Scorpion’s Tail while Hostel director Eli Roth professes his love for Martino and takes a deep dive into his genius in his interview on the Your Vice disc. By accident these contrarian takes put together a broader image of the director than you may get in a collection produced all at once, making for a happy accident here. It makes you almost wish more career retrospectives would seek opposing takes like we have here. 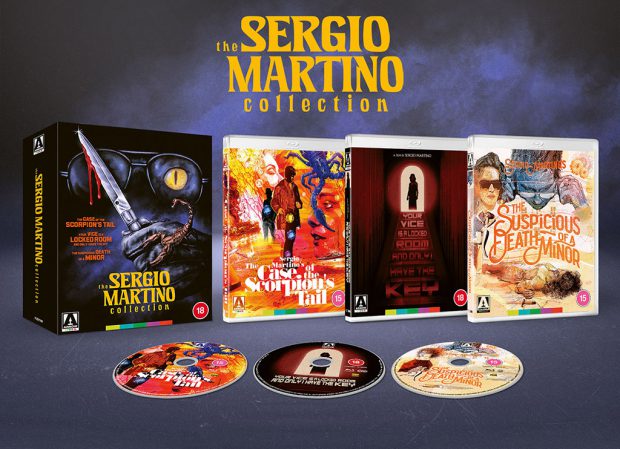 Case of the Scorpion’s Tail and Suspicious Death of a Minor each have commentary tracks by experts in the genre. The real standout here are the lengthy interviews with Sergio Martino on each disc. All in all you’re treated to a full feature’s worth of insight from the director and it’s a treat to sit down with the man himself and let him talk at length about a period in his decades long career that he still carries a deep fondness for.

On the packaging front, there’s nothing much new save for some new art on a simple card stock sleeve. Each film is packaged with the standard reversible sleeve we all know and love from Arrow’s releases, each with original art and the previously commissioned covers for the films’ original releases with Arrow.

The Sergio Martino Collection comes together to give a decent, if incomplete, look at one director’s contribution to one of Italy’s most beloved exports to the world of cinema. That being said, there isn’t anything new for current owners of these releases. It’s a simple repackaging job with no reason for anybody to buy these films a second time. Stranger still, being a collection of Arrow’s previous Martino releases it leaves out Torso, one of Martino’s bloodiest films and another previous Arrow disc. If you don’t already own any of these films, however, this is a worthy buy for both fans of Giallo and anybody looking to dip their toes into the genre for the first time. 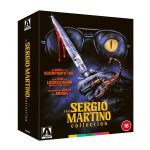