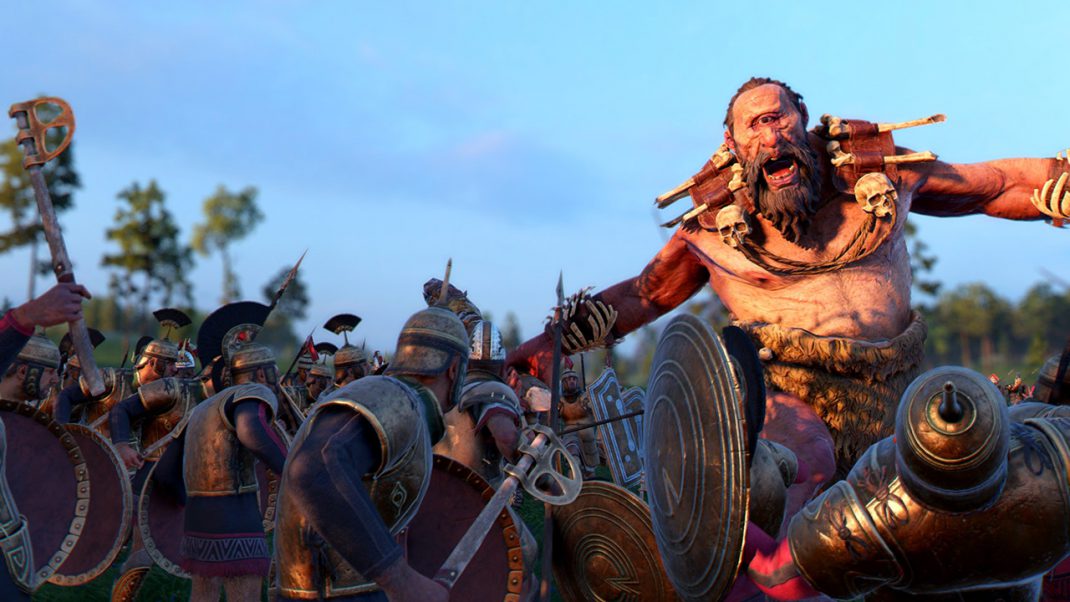 The battle for Troy cannot be waged by man alone. In distant corners of the realm there are whispers of three ancient behemoths: A winged calamity reigning terror. A slithering serpent with many heads. A beast prowling the abyss. Track them, harness them and turn the tide of war.

Within the MYTHOS content Pack for A Total War Saga: TROY players can experience the Trojan War in all its Mythological glory.

Create your own odyssey and embark on one of three new expeditions to track, fight and tame legendary beasts and unleash them upon your enemies: the Cerberus – a vicious hound of Hades that guards the abyss, the Griffin – a deadly master of the skies, and the Hydra – a nine-headed serpent spreading poison and madness.

Spill blood in epic theatres of war whist commanding renowned heroes of the age alongside devastating mythical warriors. Multiple new units are yours to recruit including the legendary Arimaspoi and Shades from the underworld alongside mythological redesigns for iconic key units such as the Centaur, Giants and the Minotaur. Bolster their battle prowess with supercharged battle abilities including deadly spells and regenerative magic.

Turn the tides of the Trojan conflict within a mythologically inspired campaign map featuring all-new gameplay options to execute and new ways to entice the gods and enact their divine will.

Alongside the titanic swathe of content in MYTHOS, a brand-new game mode will be available to all owners of TROY that dramatically changes the gameplay experience. The new Historical mode offers refreshing gameplay that overhauls TROY’s features so that players can experience the Aegean conflict from a realistic, history-first perspective. Such changes include wars being fought between generals and their bodyguards instead of one-man armies wielding the powers of gods.

TROY is coming to Steam

Players who prefer to wage war on Steam can now take up arms and join the action when A Total War Saga: TROY and its DLC packs officially launch on the platform alongside the release of MYTHOS on September 2nd. There’s never been a better time to wage war in ancient Greece as three editions will be available purchase for a limited time from launch.