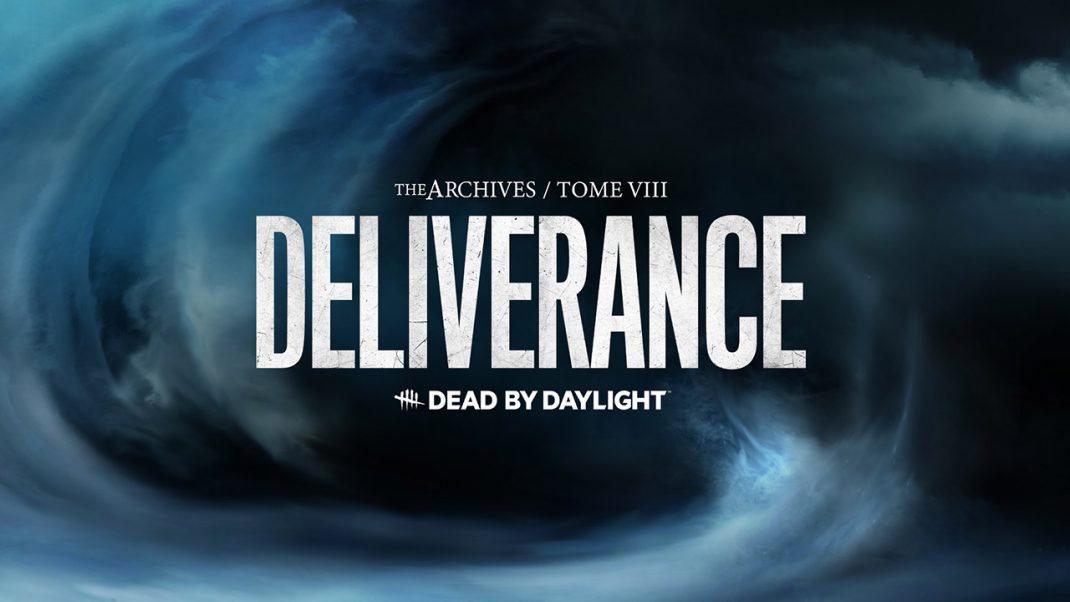 Chapter release is a new addition to the Greek Legends Collection in the in-game store!

This Tome features a look into the troubled past of Jeffrey Hawk (The Clown). Jeffrey discovers a  finger that reminds him of his father’s, leading him to stalk his victim through the fairgrounds. Through  Jeffrey’s memories, players witness the complicated and at-times hilariously sad relationship  between him and his father.

Other memories to be unlocked through challenges are Jake Park’s Exile of the Kingdom and The  Observer’s Midnight in the Garden of Infinity.

Tome VIII features a new type of Glyph Challenge. Survivors must find and interact with the new  yellow Glyphs lurking within trials. But they must beware – interacting with these Glyphs triggers a

Skill Check. Failing the Skill Check makes the Glyph disappear, and teleport to a new location within  the trial. Players who complete these challenges will be granted progression in the Rift, unlocking  exclusive cosmetic items.

Available in the in-game store, the hit Greek Legends Collection is expanding to offer some very  special newly released outfits, notably Ferryman of the Underworld, an Ultra Rare Set for The Blight, as well as Vengeful Enchantress, a Very Rare Outfit for The Nurse. Players would also be remiss not  to get their hands on the Very Rare Outfit God of Wine for Ace Visconti, exclusively available through  the Rift.

The Realm Beyond: Update 6

With Dead by Daylight evolving every day, it’s just as important to look back as it is to look forward.  That’s why the Dead by Daylight team has spent the past year working on a visual overhaul of the  game, dubbed The Realm Beyond, with the goal of creating the best possible in-game experience for  players.

Fans will be happy to know that the Tome VIII release includes the latest Realm Beyond update  which pays special attention to improving the character models of some of the earlier and most  beloved Survivors. These include the original four Survivors Meg, Claudette, Dwight and Jake, as  well as Nea, Ace, Feng, David, and Kate.

From skin textures, to hair, to facial animations, a lot of care went into making sure the first Survivors  now look as good as the last, ensuring a new level of visual consistency across Dead by Daylight.

Tome VIII: DELIVERANCE (accessible in The Archives) as well as the 6th update of the Realm  Beyond are available now via PS4, PS5, Stadia, Steam, Windows Store, Xbox One as well as Xbox  Series X|S. The content will also be available in an upcoming update for Nintendo Switch.

About Dead by Daylight™

Created by Behaviour™ Interactive, Dead by Daylight is a multiplayer action horror game of hide and  seek, set in a dark fantasy and drawing from all corners of horror, where each match is a different  experience. Dead by Daylight boasts more than 36 million players both globally and across all  platforms. On any given day, up to 1,5 million players step into the Fog, whether on PC, console, or  mobile. Since its release in 2016, the game has become a place where cult classic horror survives  and thrives, having welcomed legends from TV, movies, and video games. For more information,  please visit deadbydaylight.com.

Behaviour Interactive, Canada’s largest independent game developer and publisher, was founded in  1992. The company boasts more than 800 employees in its Montreal studio. With its award-winning  original IP Dead by Daylight™ and the strategy RPG Game of Thrones Beyond the Wall™,  Behaviour continues to grow as a leading global developer. Behaviour counts amongst its partners  some of the world’s most renowned brands including Activision, Microsoft, Nintendo, Sony, Ubisoft  and many more. For more information visit: bhvr.com.