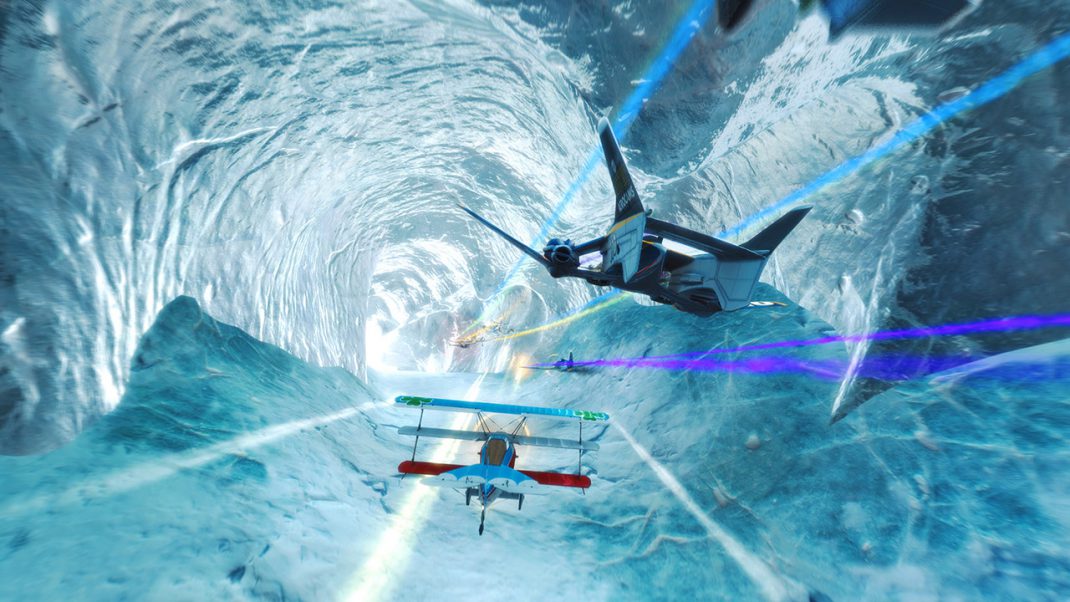 Skydrift Infinity is an action-packed arcade game focusing on the experience of flying alone or with others, in a light, quick, fast-paced, air-combat style.
During the various game modes, you can partake in deathmatches and armed races as well as other armed competitions, using modern airplanes, which are tuned to the max, with extreme weapons. Your goal is simple: if you can’t beat them, shoot them!

Jump in the cockpit and start up the engines
Play alone, with your friends, or compete against previously unknown online challengers! For relaxation explore the exotic islands, used as the venues of the races and arena modes, where you can break free of the 2-dimensionality, that binds known racing games! Your possibilities are limited only by your own imagination!

About Skydrift Infinity:
Get closer than ever before to the world of adrenaline-pumping sky-racing where flyboys can test and master their flying and combat skills against the deadliest opponents!

Admire amazingly detailed terrains. Choose state-of-the-art planes, personalize them with unique racing skins, and fight.:
Let off a sharp burst and then turn away, roll over, spin ’round to come in behind your opponents – move to their blindsides and fire again!

• Six Power-ups: Capture up to two different powers in your plane’s arsenal, then collect upgrades to increase the strength of those existing powers. Strategy becomes key as you must choose which powers to keep, which ones to upgrade, and which ones to convert into Boost energy

• 8-person Multiplayer: Take your friends down online in a fast and furious battle.

• Three Unique Game Modes: Power Race Mode is high-speed racing paired with power-ups; Speed Race Mode where players navigate the course through ring targets that accelerate plane speed and Survival Mode where pilots race against the countdown clock and each other.