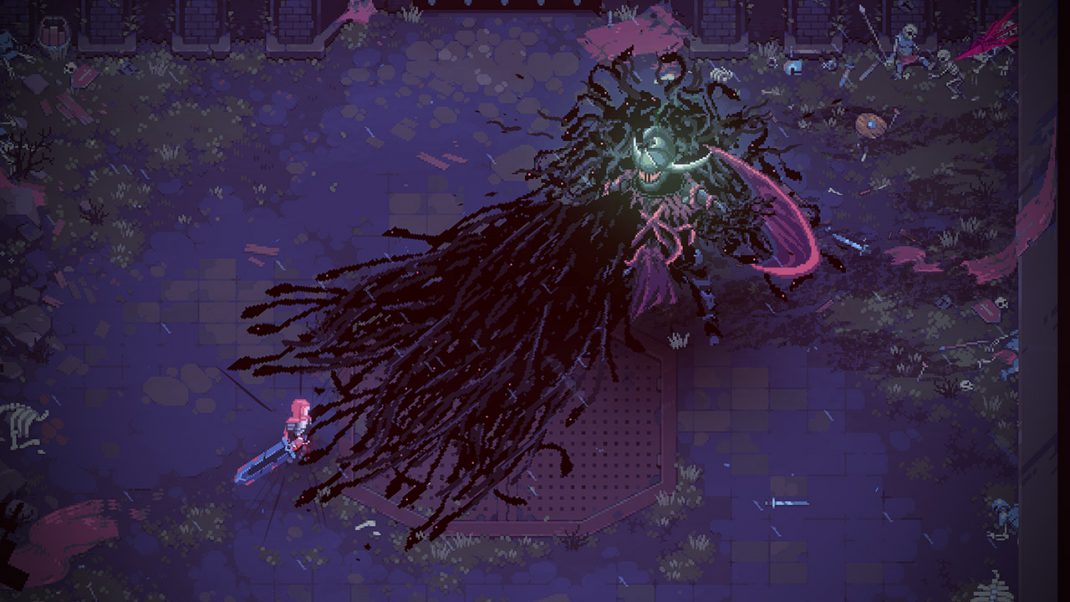 Created by indie development team, Fallen Flag Studios, and published by United Label, Eldest Souls is a challenging, pixel-art boss-rush game with a focus on fast-paced brutal combat. In a final act of vengeance, the Old Gods have unleashed a great Desolation upon the world, turning farmlands to desert, and rivers to dust. You, a lone warrior, must explore the vast, forgotten Citadel, in search of the Old Gods. Your quest? Slay. Them. All.

Eldest Souls focuses on only the toughest and most engaging of combat encounters – the Bosses – with each Old God presenting a new and unique challenge. Fitting rewards await those who triumph in the form of new powers and abilities, which can be combined in numerous ways to result in a multitude of diverse builds. But as players explore the labyrinthine passages of the Citadel, they’ll also encounter intriguing NPCs, compelling questlines, and a series of dark and ominous mysteries. Slowly uncover the truth behind the Old Gods and their agelong imprisonment…

The brand new, fully animated trailer tells the epic story of the world, from the humble beginnings of man, to their enslavement by the Old Gods, and finally, to mankind’s eventual uprising. Ending on a note of futility, the title’s nameless protagonist overlooks the colossal Citadel, wherein lies a nigh-impossible task – overthrow the Old Gods once and for all.