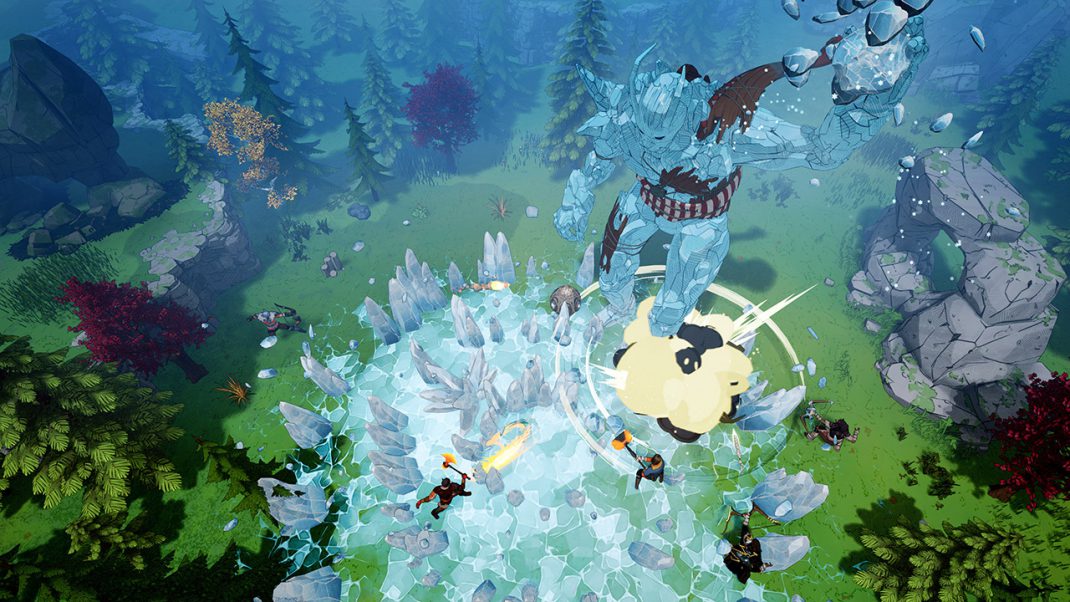 The end is nigh, and it is up to you to save Midgard! Norsfell and Gearbox Publishing today announced the co-op action survival RPG Tribes of Midgard will launch July 27 on PlayStation®5, PlayStation®4 and Steam. Hack and slash through enemies, monsters and Jötnar (Giants), all to thrive in the wilderness as you collect the resources necessary to defend your village from a nightly invasion of Helthings. Your tribe’s might will be tested in two different game modes: a session-based Saga Mode and an endless Survival Mode. Grab your axe and preorder the standard edition of Tribes of Midgard on the PlayStation Store and Steam for $19.99 USD, or the deluxe edition, featuring platform-exclusive armor, weapons and pets, for $29.98 USD on Steam and $29.99 USD on the PlayStation Store.

Tribes of Midgard is set in the colorful world of the ancient Norse. Since the dawn of the Nine Realms, the Seeds of the World Tree Yggdrasil have protected and nourished Midgard – what we know as Earth. These seeds are now scattered and hidden throughout the realm. Ancient evils and enemies of Asgard seek to extinguish these flickering remnants of life to bring about Ragnarök – the end of the world. Your mission? Protect the Seeds, Viking!

You’ll take control of an Einherjar, a glorious Viking hero in Valhalla, hand-picked by the Valkyries to protect the Seeds and save Midgard. Tribes of Midgard is designed from the ground-up with both solo and co-op play in mind, so bring as many as nine other Einherjar with you – the game automatically balances the challenge based on your party size. You’ll work together to bolster your defenses, venture into the unknown wilderness, defeat monsters and Giants, and more! Choose among eight different classes and numerous combat styles that suit your playstyle.

“Tribes of Midgard is the right kind of game for anyone who wants to test their Viking skills. People who want to play solo can face a great challenge on their own, and folks who want to play with friends will have a blast – we think we’ve found the perfect balance,” says Julian Maroda, Co-Founder, CEO, and Creative Director at Norsfell. “We’ve poured our hearts and souls into this game, and what came out is a bright, lively world with engaging, class-based co-op combat that players can explore and survive together.”