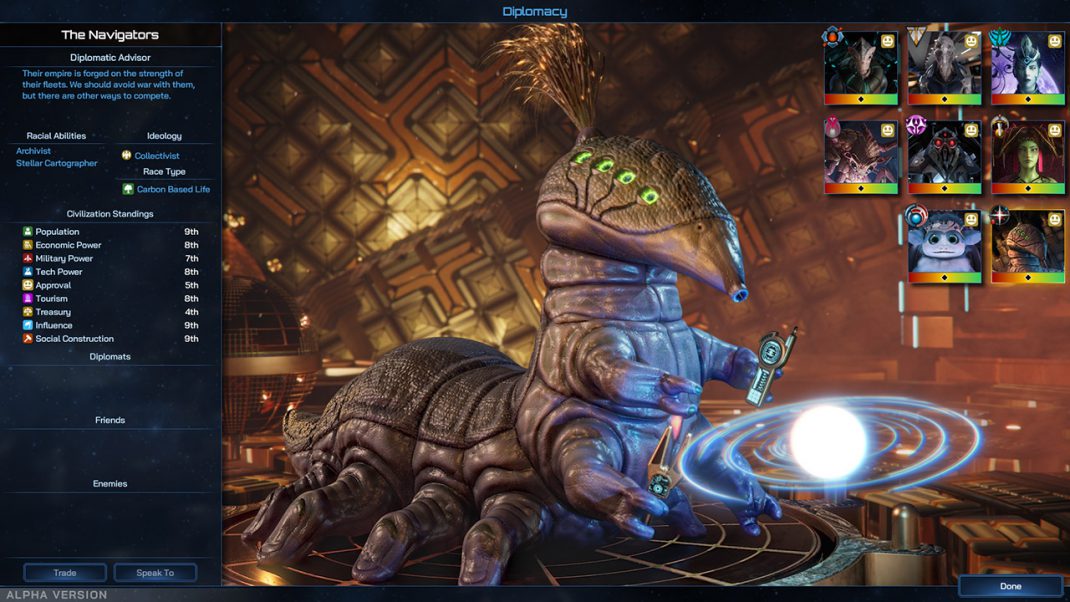 Stardock announced Galactic Civilizations® IV today. The newest installment of its award-winning space 4X strategy sandbox game series takes the best of what its predecessors had to offer and adds to it with many new and exciting features.

As the all-powerful leader of a spacefaring civilization, the player must seek out new star systems and discover the exciting potential of the subspace realm. There are thousands of worlds to colonize and dozens of civilizations – both old and new – to encounter.

“The focus in Galactic Civilizations IV is the player actually dealing with AI characters,” said Brad Wardell, CEO of Stardock. “In previous versions, the computer AI meant other civilizations. Now, every civilization is made up of hundreds of characters who have their own agendas. In 4X terms, it’s like dealing with Civs of Civs.”

To go along with the greater depth in the way civilizations are handled, the game’s galactic scale has been vastly increased.

Popular features from the previous versions of the game have also been greatly improved, including ship designs, planetary invasions, combat, diplomacy, research, planetary improvements, and more.

Replacing the traditional campaign system of previous Galactic Civilizations games is the new “Missions” feature. These story-driven elements allow players to feel like every game is effectively a unique, compelling campaign unto itself.