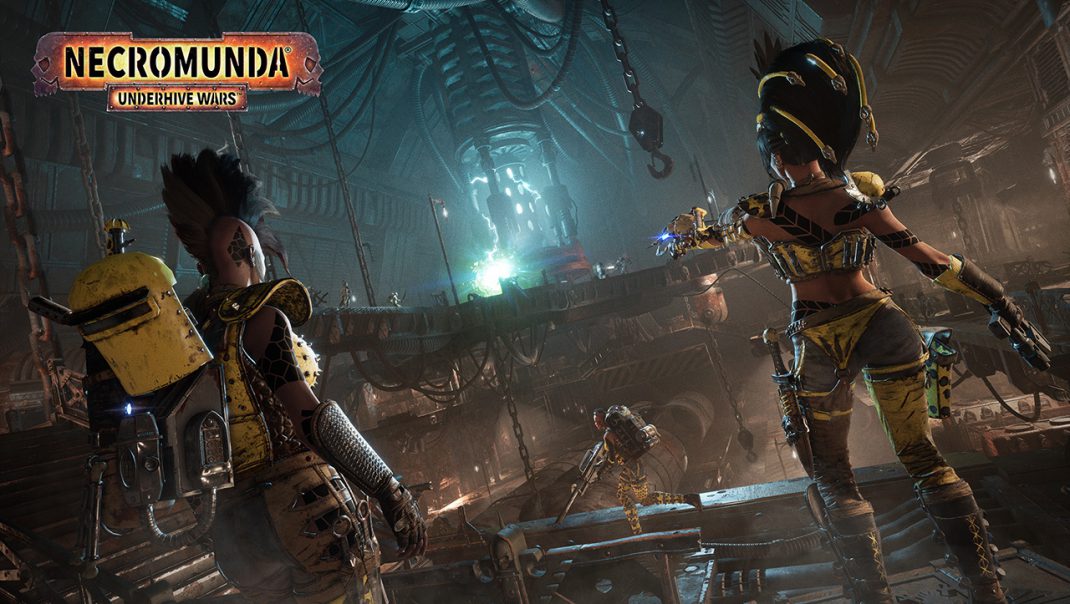 Focus Home Interactive and Streum On Studio have released a new gameplay trailer for the fast-paced FPS Necromunda: Hired Gun, this time taking you deep into the depths of the city of Necromunda itself. In this gritty underworld, anything goes — for the right price. And as a bounty hunter, you’ll want to get to know the lay of the land, if only to figure out who’s most likely to stab you in the back.

Introduce yourself at Martyr’s End, the hub of all the action in your little corner of Necromunda. Here you’ll meet other scoundrels and stock up on libations and information from the local barmaid. It’s also where you’ll gear up, upgrade your bionic augments, customize your character, get treats for your cyber-mastiff, and decide on your next contract. And then you’re off into the Underhive, hunting targets through a towering metropolis of warring factions, toxic factories, colossal fortresses and other generally inhospitable locations.

Necromunda: Hired Gun launches digitally on June 1 and is available to pre-order now on PlayStation®5, Xbox Series X|S, PlayStation®4, Xbox One, and PC. All pre-orders receive the “Hunter’s Bounty” pack, which features unique cosmetics for your knife, stub gun, and outfit. It also includes a new chew toy for your dog, giving your best mate the extra incentive to chase down its targets.

For more information, check out www.focus-home.com/en-us/games/necromunda-hired-gun.