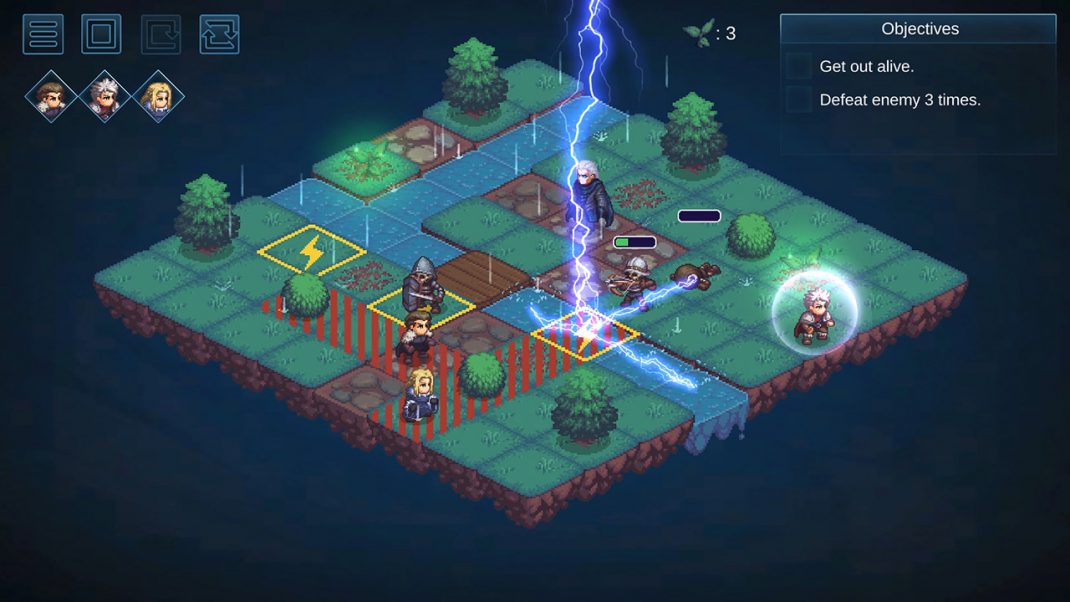 Indie game developer Mercury Game Studio is proud to announce a Crowdfunding campaign via KickStarter to support the completion of Tyrant’s Blessing, a single-player tactical turn-based strategy game with roguelike elements inspired by award-winning indie classic, Into The Breach by Subset Games. Tyrant’s Blessing is scheduled for an official PC, Mac and Linux release by Q1 2022 with a fully playable Alpha build to be released later this year. To win the game, you must salvage weapons, equipment, and supplies from your fallen enemies and assemble your team of heroes to reclaim your homeland.

Tyrant’s Blessing tells the gripping story of Tyberia overrun by the Dead Army. With emphasis on tactical combat, you will face dozens of challenging battles in a predictive-turn style environment. Played on a series of small and compact maps, you must defeat the Dead Army. With every battlefield claimed by the forces of darkness, their numbers grow, and victory falls farther out of reach. You must put an end to this, before the invasion becomes a rout. You have different locations to choose from, each offering a different challenge and resource awards, and before engaging in combat, it is critical to analyze your enemy’s forces to prevail. Pets are included within the game to support your roster of heroes; they cost less to deploy and are not as powerful. They each offer a unique skillset and may be a deciding factor on your quest to victory.

Tyrant’s Blessing is the debut title by the developer and is off to a great start; the game is fully playable, and the core mechanics have all been implemented. Currently, more units, skills and polishing of different gaming elements are in production. The funding campaign has almost reached 50% of its target goal in less than a week, and fans of the genre are excited to partake in the project.

Tyrant’s Blessing will be available via STEAM™
https://store.steampowered.com/app/1520760/Tyrants_Blessing/