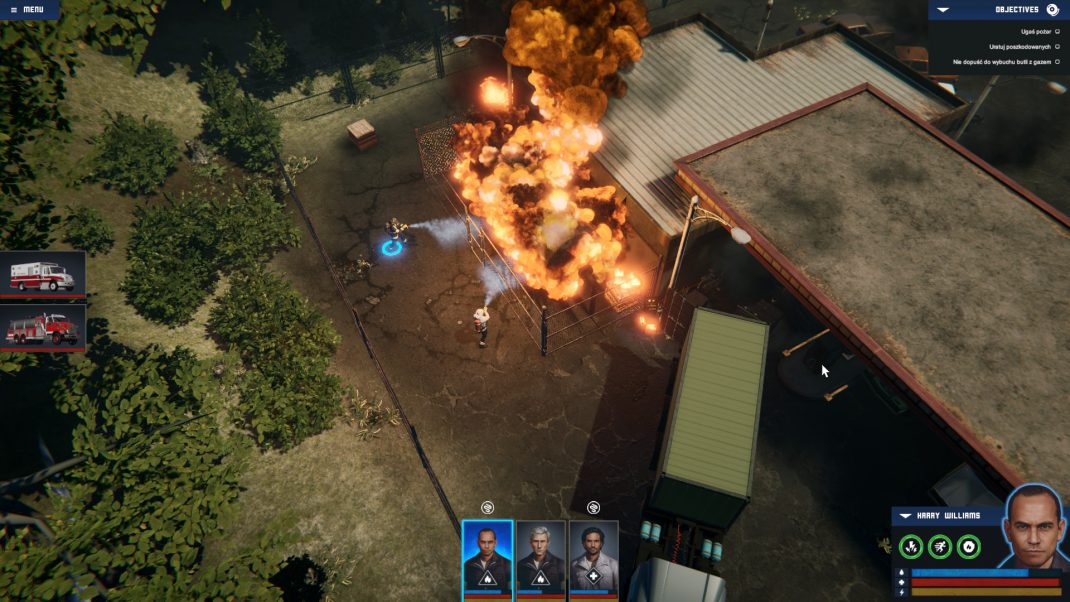 During Future Games Show, the biggest gaming event of Q1 2021, Movie Games revealed two upcoming games. One of them is Fire Commander, co-produced by Atomic Wolf and Pixel Crow, where you can face the raging inferno. It’s a dream-come-true for everyone who wanted to don the yellow bunker gear.

Fire Commander is a game about leading the most daring firefighting and rescue operations. Taking the genre of a real time tactical rescue game to the next level, it tasks the player with leading a team of firefighters. It’s a rare game about being an everyday hero, where the enemy can’t be outgunned, only outsmarted.

The players will face a variety of situations that firefighters have to overcome in real life, including toxic spills, plane crashes, wildfires and more.

The fire itself will behave realistically, with different types of materials having a different combustion temperature, which could affect the player’s tactics. Digital fire commanders will have to consider such factors as backdraft or smoke. On the upside, they’ll have various firefighter classes, unlockable skills, gear and vehicles at their disposal. They will also see their fire station grow and develop.

Taking care of the team is an important element of Fire Commander. The players will send their heroes on training courses, develop their skills, and monitor their mental condition. This is necessary to ensure that during emergencies, everyone knows what to do, and won’t hesitate to do it.