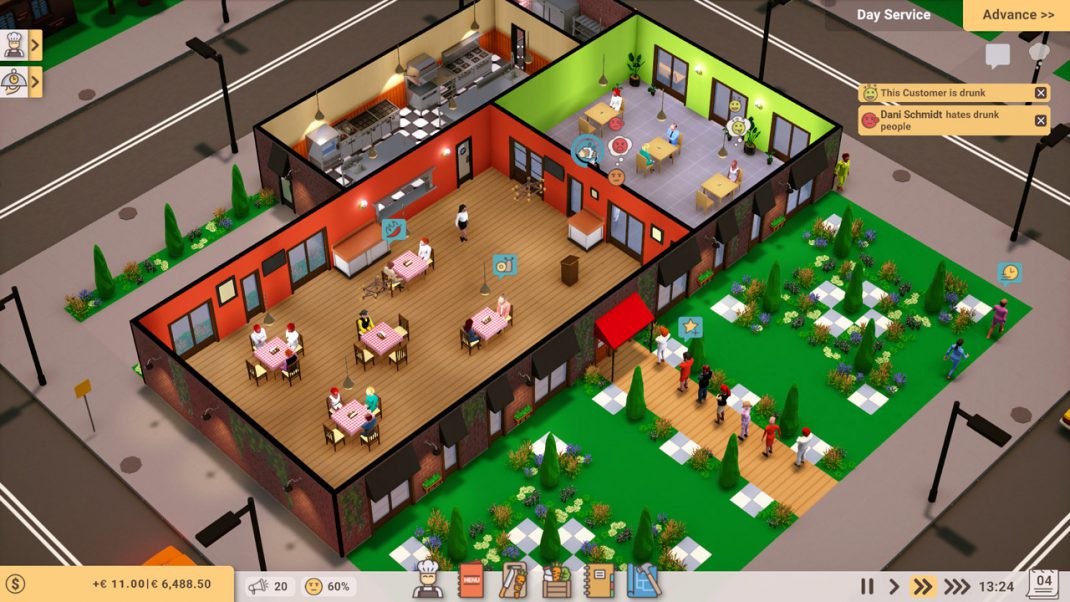 Recipe for Disaster is a restaurant management and social simulation game that puts players in the shoes of an inexperienced, but ambitious, head chef working towards fulfilling their lifelong dream of becoming an internationally renowned restaurateur.

Serving up a different challenge to players, Recipe for Disaster explores the complex social relationships between staff and customers, as well as the disastrous and humorous consequences of poor management in the service industry.

“We’re thrilled to be able to announce our continuing relationship with Kasedo Games following our work together on Rise of Industry,” said Alex Mochi, Founder of Dapper Penguin Studios. “We wanted to create a different experience from a standard restaurant tycoon, focussing on the social aspects of the industry, rather than just the day-to-day management. This emphasis on people is what makes Recipe for Disaster truly unique.”

During a typical day, serious personality clashes and major skill gaps within a restaurant’s team of staff can easily disrupt service, whilst the volatile attitudes and tastes of customers may prove to be the barrier that separates players from those all-important positive review scores.

“Anyone who has worked in the hospitality industry knows of that one colleague or customer that makes their day more difficult than it needs to be,” continues Mochi. “Recipe for Disaster embraces those characters and challenges players to overcome those difficulties while still providing a quality service.”