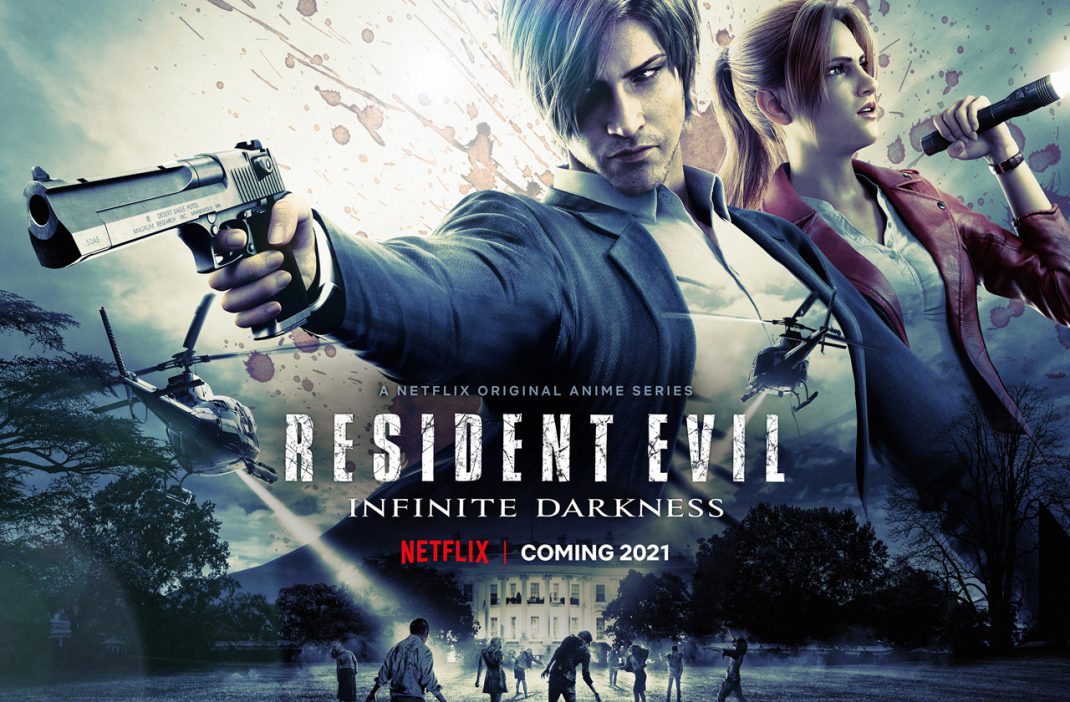 Known as the gold standard of survival horror games with over 100 million units shipped worldwide, Resident Evil is coming to Netflix for the year of its 25th anniversary. The original CG anime series, RESIDENT EVIL: Infinite Darkness, will launch exclusively on Netflix later this year.

The new anime series will be produced and supervised by Capcom’s Hiroyuki Kobayashi, who has been responsible for bringing numerous titles in the Resident Evil series to life. TMS Entertainment, which has birthed various anime series like “Lupin the 3rd” and “Detective Conan,”is leading production, with Quebico, led by Kei Miyamoto (Resident Evil: Vendetta), in charge of 3DCG animation.

In the new teaser art, Leon S. Kennedy is pictured in a suit, a first for the “Resident Evil” series, holding a gun with a serious expression. Meanwhile, Claire Redfield is searching for something with a flashlight in one hand. This teaser art gives a glimpse of Leon and Claire in action, while a horde of zombies are headed towards one of the major sites of the series: the White House. The new stills of Leon and Claire show their coincidental reunion at the White House.

In 2006, there were traces of improper access to secret Presidential files found in the White House’s network. American federal agent Leon S. Kennedy is among the group invited to the White House to investigate this incident, but when the lights suddenly go out, Leon and the SWAT team are forced to take down a horde of mysterious zombies. Meanwhile, TerraSave staff member Claire Redfield encounters a mysterious image drawn by a youth in a country she visited, while providing support to refugees. Haunted by this drawing, which appears to be of a victim of viral infection, Claire starts her own investigation. The next morning, Claire visits the White House to request the construction of a welfare facility. There, she has a chance reunion with Leon and uses the opportunity to show him the boy’s drawing. Leon seems to realize some sort of connection between the zombie outbreak at the White House and the strange drawing, but he tells Claire that there is no relation and leaves. In time, these two zombie outbreaks in distant countries lead to events that shake the nation to its very core.

Voice casts of the main characters