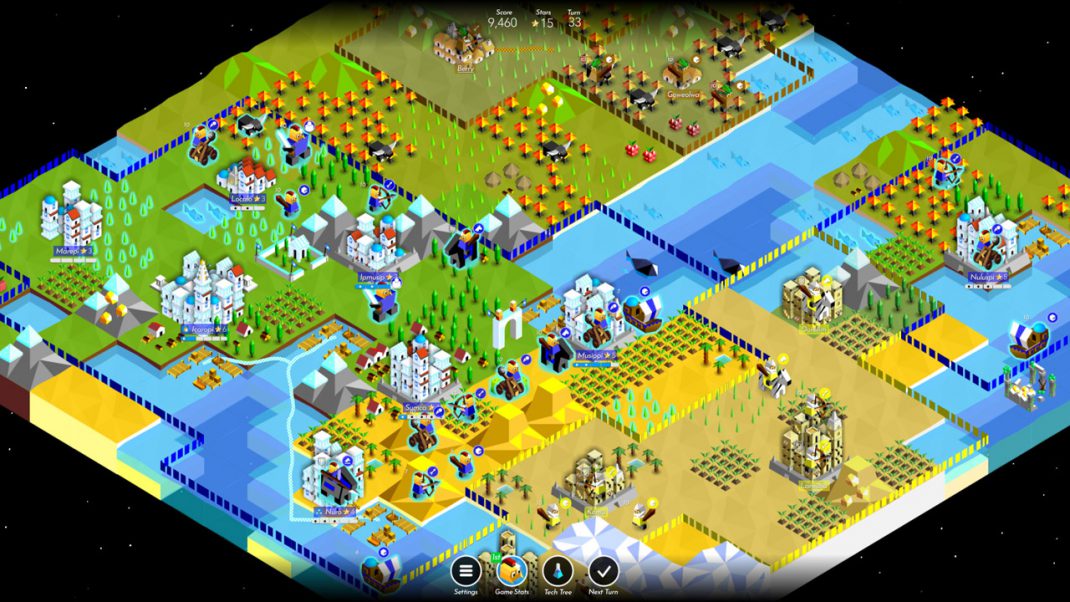 Independent developer Midjiwan AB has  announced that its popular turn-based strategy game, The Battle of Polytopia, has been downloaded over 13 million times across Steam, the App Store and Google Play. Featuring 4X gameplay, auto-generated maps, single-player functionality and online multiplayer for up to 15 players on PC and Mac, the title allows fans to command a global conquest as the leader of one of 16 unique Polytopian tribes.

The studio also shared that its long-awaited Cymanti Tribe expansion pack is now available across the aforementioned platforms. Inspired by real-world plants and insects, players are now able to unleash giant bugs and poisonous spores on their mission to become ruler of the world. The Cymanti Tribe is discounted 20 percent during its first week on Steam.

“We love challenging The Battle of Polytopia players on Steam with our expansion packs,” says Christian Lovstedt, GM at Midjiwan AB. “The Cymanti Tribe introduces depth and complexity designed to test the game’s most devoted fans.”

The Cymanti are Polytopians that have formed symbiotic relationships with Ciru bugs that sit atop their heads. The Tribe’s unique abilities allow players to command a variety of bugs to do their bidding. Some of these creepy crawlies include Elytra beetles that act as Defender units, the winged Phychi swarms that act as Archer units, and long Centipedes that split into two units when attacked in the middle.

A complete list of features found in the base version of The Battle of Polytopia are below:

The Battle of Polytopia is now available on Steam, the App Store, Google Play and Tesla Arcade. Four Tribe expansion packs – Aquarion Tribe, ∑∫ỹriȱŋ Tribe, Polaris Tribe and today’s Cymanti Tribe – are also available for purchase. The Cymanti Tribe is discounted 20 percent from its regular Steam price of $2.99 during launch week. The expansion retails for $1.99 on mobile platforms.