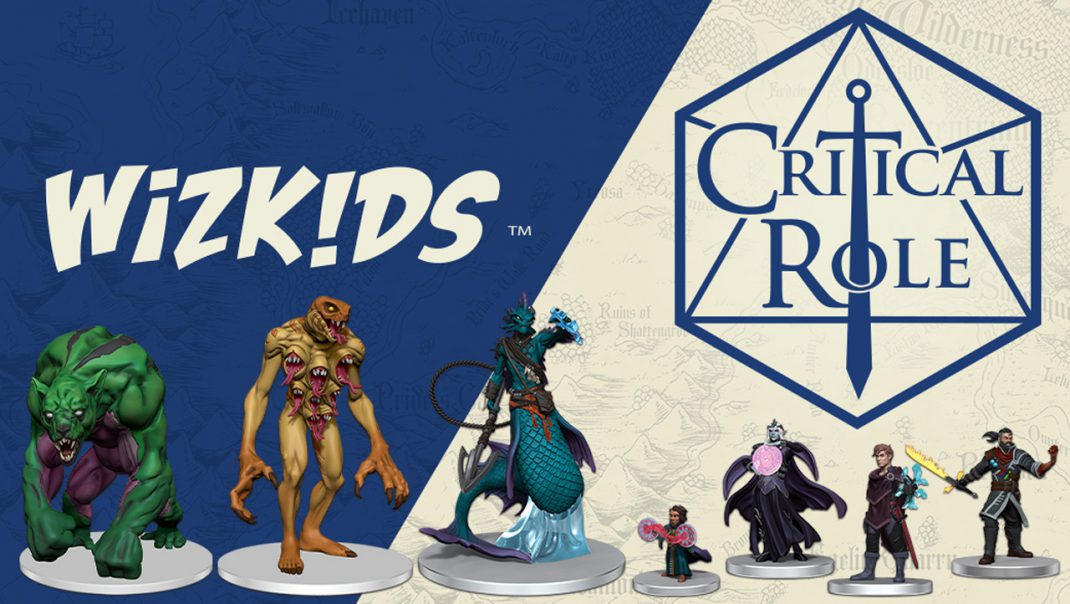 Critical Role Partners with WizKids to Create Line of Minatures

WizKids, the premier manufacturer of premium pre-painted miniatures and tabletop games, today announced a partnership with Critical Role, the most popular story-driven and worldbuilding digital media brand in the world. Adding to its leading line of high-quality miniatures, WizKids will debut product offerings from the expansive world of Exandria, beginning Q1 2021.

“I’ve been a rabid collector of WizKids’ minis for… well, a very long time, and to be able to work directly with them to bring the denizens and dangers of Exandria to life for everyone to use is beyond exciting,” said Matthew Mercer, Chief Creative Officer and cast member of Critical Role. “They bring such skill and expertise to their work, and this upcoming collection really captures the characters and atmosphere of Exandria. I think fans of Critical Role, as well as players new to our world, will greatly enjoy this opportunity for deeper play, collaboration, and imagination.”

At launch, fans can expect to see iconic monsters and popular Player Characters (PCs) to enhance their own adventures in the roleplaying game set on the continent of Wildemount. Included in these is Critical Role’s Game Master Matthew Mercer’s famed deluxe “gargantuan” size, pre-painted Udaak. Sculpted with high-detailed features using premium paints, it’s truly a great foe, or ally, for any adventure!

“In this new line, we’ve focused our releases on the player’s experience while in the world of Exandria,” said Patrick O’Hagan, Executive Producer RPGs at WizKids. “This way, we hope to empower players to create their own story and experiences with this thrilling roleplaying game.”

Through this partnership, players can expect to see many additional releases in the coming years that span various continents in the world of Exandria, including products and RPG accessories like premium pre-painted—and unpainted—miniatures in the tiniest of figures all the way up to gargantuan and more. All packaging comes with a clear window, so fans can see exactly what they are getting on the store shelf.

The first six box sets of premium painted figures will release in Spring 2021 and will be available at Friendly Local Game Stores (FLGS) worldwide. The deal was negotiated by Critical Role’s Licensing Agent, Jason Kletzky, President of Collaborations Licensing.

To learn more about the partnership, visit: www.WizKids.com