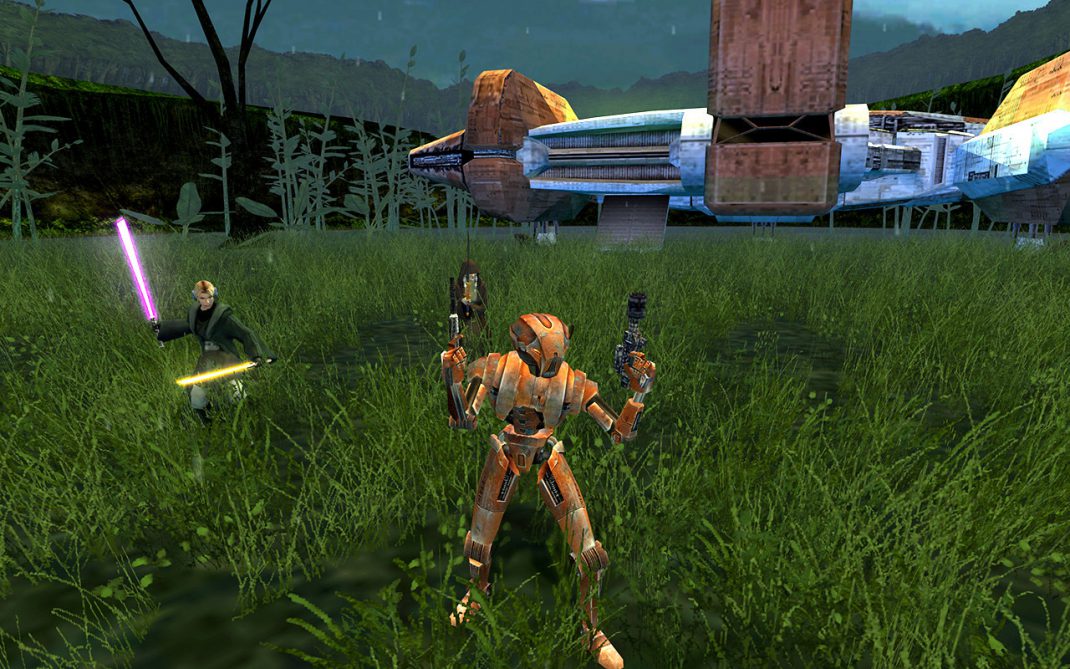 The KOTOR games take place a couple thousand years before the original film trilogy during a very dark time when the Jedi have been hunted to near extinction. The second game takes place just a few years after the first game at a time when the last remnants of the Jedi flee off into space after The Jedi Civil War. Depending on which side of the Force you committed to in the first game you find yourself on a path of the Dark or Light side from the beginning though it’s a little bit before that choice kicks in. At first you are in a ship named the Ebon Hawk with 4 droids and 2 humans and it doesn’t take long before things start getting a little crazy. Without giving away much of the story this game is definitely the darker of the two which I personally find terrific. If you are a Star Wars fan we highly recommend playing the game since it ties into the universe so nicely and adds to the canon. The story is nice and long much like the gameplay so it starts a little slower on the action but once things start ramping up it gets awesome. 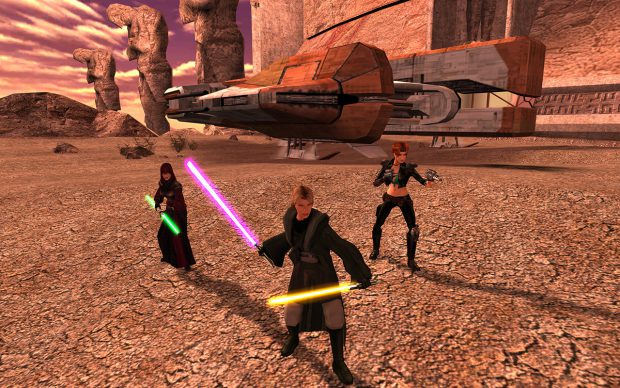 Choosing your path between light and dark makes for great replayability as well as letting you complete your fantasy of running around with Sith or Jedi. Some Star Wars games only have you see or work with the light saber swinging folks but in this case you find yourself swinging your own colorful blade, it just takes a bit of time. The original release of the game on PCs back in 2005 was highly touted as one of the best Star Wars games ever made. It is a direct sequel to the first to the point that your actions in the first in theory should effect your new play if you are honest about which side of the Force you served in the first game. There are only a handful of years between the two games but if you find yourself playing the sequel without playing the original first it will be no problem at all, the game helps catch you up on the storyline and presents a learning curve on the controls to help new players. If you feel you need to check out the first game before playing Sith Wars it is available on the app store individually or as part of a bundle with KOTOR 2. There is so much to do in the game as well as different

When it comes to the controls, this is one of the few problems that the iOS version of the game has. Trying to help with iOS and touch issues that can be associated with these platforms, the developers tried to combine what is normally two controls and put them into the middle of the screen. Moving your finger horizontally right and left makes it so you look around the room then vertically up and down on the screen you move forward and backwards. This would normally have been two virtual sticks at the sides of the screen when held horizontally and is pretty much the standard of movement on iOS games. Instead you get clumsy controls and the camera has the problem many games have when standing in a smaller room sometimes the camera swings for a new angle and instead shows you the backside of a wall and/or ceiling. That combo definitely can lead to a quick and cursed death. It also brings up the point if the controls work well for other games out there why fix them? It also can block the middle of your view when playing on a phone which took away from the game a bit too. You can get used to the controls after a while but they always seem a bit clunky. 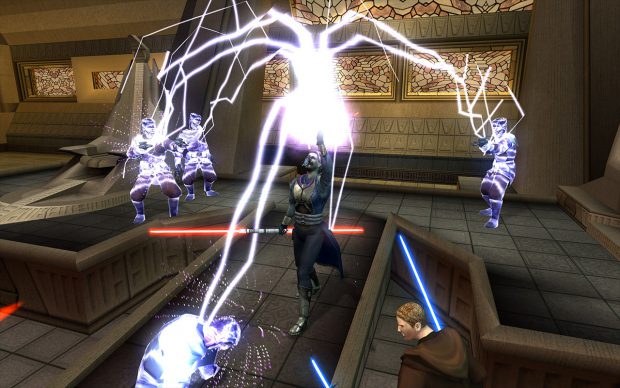 I played the game on the iPhone XR which has a quality that showed so well how beautiful and detailed the graphics are on the game. It didn’t feel like you were playing on a port, but the visuals are so nice it doesn’t feel like a mobile game at all. Keeping the graphics and details of the PC version does have a small drawback in that the fonts in the game weren’t increased and so become so tiny that you almost need a magnifying glass to read them. If however you are playing it on an iPad everything should be readable and the details more discoverable.

Star Wars: Knights Of The Old Republic 2: The Sith Wars 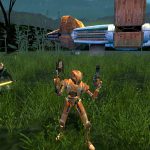