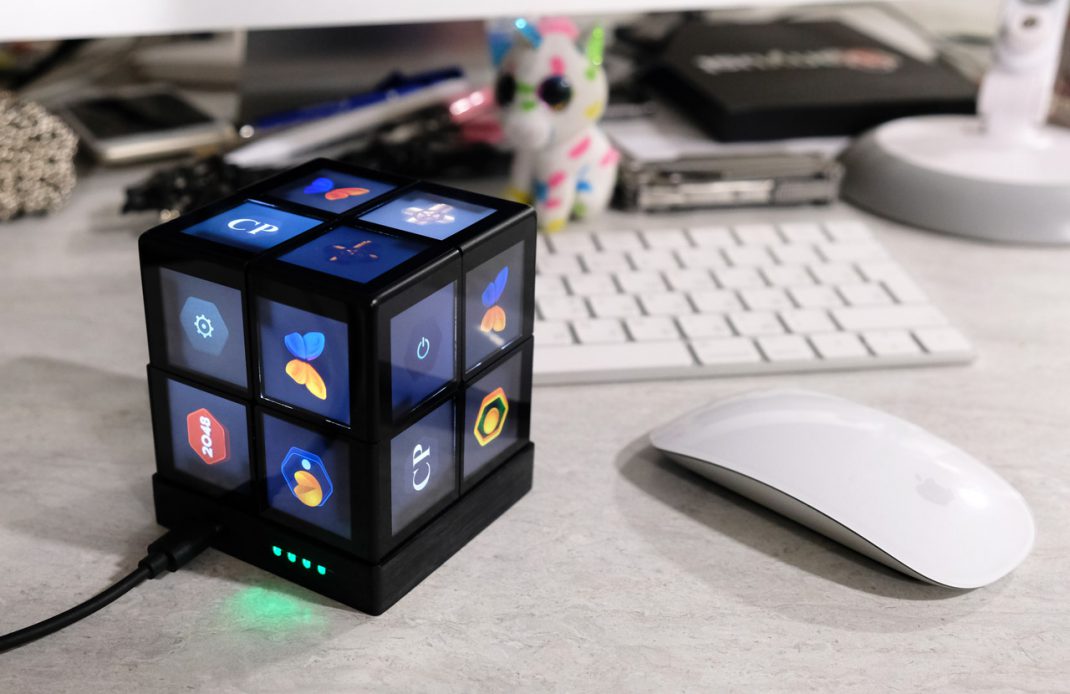 Cubios Inc. today announced that the company would start to collect pre-orders for the WOWCube ® entertainment system in the second quarter of 2021. The shipment of the pre-ordered units will start before Christmas.

The WOWCube ® entertainment system is a one-of-a-kind device in the shape of a cube made of 8 separate cubicle modules connected to each other. Each module is a separate device, with three high-resolution screens and a CPU inside.

In 2021, the cube will be available on the market. The company will use Kickstarter as a platform for collecting pre-orders. This website provides the necessary functionality and secures customers’ money, so that the entire process is transparent and trustful. The Kickstarter campaign will help the company to make precise plans for the production of the first mass-manufactured batch of the device.

The Cubios team made significant progress in making the WOWCube ® entertainment system ready for store shelves.

Ilya Osipov, the President of Cubios Inc., comments: “The pandemic didn’t stop us. We focused on the software part and made a lot of improvements. We released a completely new version of our operating system CubiOS. We’ve re-built a system architecture, made it much more stable. We worked hard on UX/UI, and now the device can also be controlled by tapping. We developed SDK available for a global developers community starting in the first quarter of this year. We added a new mode of functioning and added new types of apps, including multiple awesome games and widgets.”

There are three types of objects in the WOWCube ® entertainment system. Besides games, users can activate widgets and screensavers. Widgets can show useful information: weather, air quality, stock market dynamics, amount of followers on a user’s Twitter account and so on.

With the new version of the operating system, the WOWCube ® entertainment system can function in two different modes. It’s a stand-alone device with a separate operating system and applications. It can also be connected to a smartphone via Bluetooth, which allows users to upload new games and widgets and use the cube as a peripheral device. In this case, any content can be streamed to the device from the phone. It could, for instance, show recent pictures made by the NASA Mars rover in real-time, or headers of news from your favorite media.

The company also switched to Mediatek CPUs with a graphic accelerator. There are 8 such CPUs working in sync in each cube, making apps run smoothly and without any delays.

At the moment, the company has more than 20 different games in production, including arcades, puzzles, logic and strategy games, educational apps with gamification and many more for casual and skillful players of all ages.

There will be available accessories on the market, such as colorful cases and protecting bumpers that stick to the device’s edges.

Max Filin, CEO and co-founder of Cubios Inc., comments: “It was a long journey from the first home-made prototype to the store-shelf product. To make this amazing device real was a challenge from the point of view of engineering and software development. But to jump from the working product to mass-production was much-much harder, but we did it. This device is so unique that even manufacturing equipment wasn’t ready for production of its components. We had to work with partners to reinvent and re-setup the equipment. We are happy that finally and despite all the difficulties that slowed down a global economy and all the manufacturing processes, can announce the start of pre-orders this year. We’re working hard to deliver magic and fun with our WOWCube ® Entertainment System to our customers right before Christmas.”

Some of the new games and apps released include:

Help a little ladybug to eat all the berries by prolonging her path as far as possible. If the route cuts, the game is over. If the ladybug is hungry for too long, hearts in the left up corner start to turn pale, and the game is over when no color is left in them.

The game is based on the 2048 puzzle, but instead of numbers, a user should match different candies. Combine two candies of the same shape and color by turning the cube’s sides, and create a new type of candy.

The world-famous game with Om Nom is now available on the WOWCube® Entertainment System. A user naturally cuts the rope by turning the side of the cube. To collect all stars, move the candy by building the path from the labyrinth elements. And avoid the traps!

This is another original game with Om Nom. Of course, you need to feed this ever-hungry creature. Put all the ingredients on the dough piece, slip it into the oven and feed the cooked pizza to the Om Nom. Make sure that this guy doesn’t steal your cheese before the pizza is ready.

Just collect pieces of a shape to one side of the cube to make it whole. With the next level, you get one more shape that you need to work on without messing up other figures.

These screensavers transform the cube into a piece of ambient decor. Put it on a bedside table, relax and enjoy a kaleidoscope of colors and geometrical forms or slowly going up bubbles, imitating a hypnotizing lava lamp.