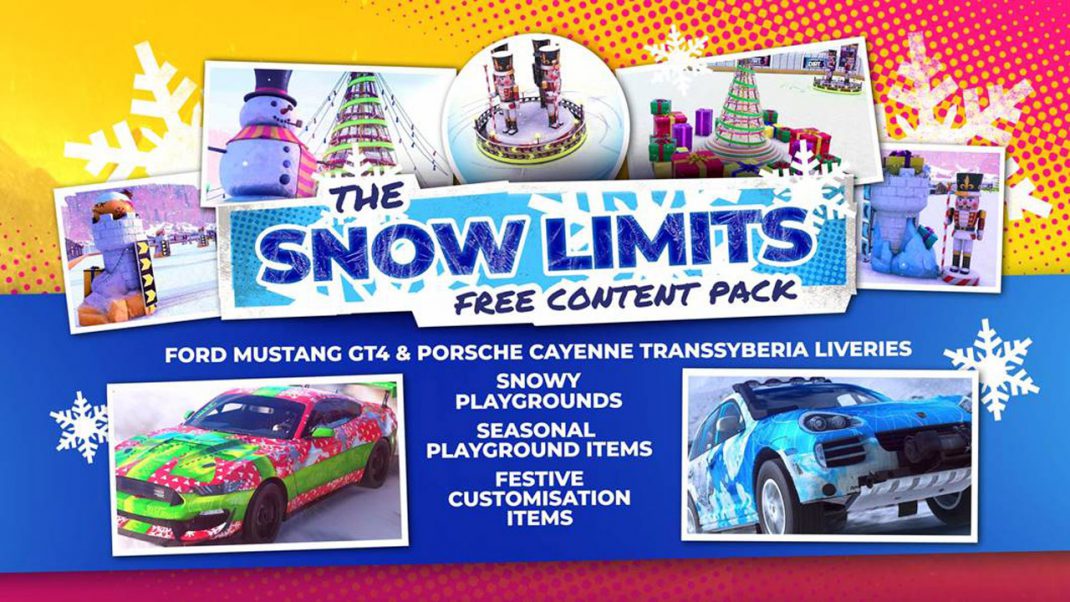 Codemasters® today confirms the first major update for DIRT 5™ which adds wheel support across all platforms, improved online matchmaking, and other bug fixes and optimizations. Included in the update is the Snow Limits pack, which contains an array of festive new objects to use in DIRT 5’s Playgrounds mode, a brand new Sprint race event on the ice at Roosevelt Island, and some fresh customization options for your profile and liveries including holiday liveries for the Ford Mustang GT4 and Porsche Cayenne Transsyberia. Update 2.00 launches today for PC, followed later in the week on PlayStation and Xbox. View the Snow Limits trailer on YouTube:

Most modern wheel devices are supported, including the latest range from Logitech and Thrustmaster. Alongside PC, the update adds wheel support for console, and all compatible Xbox One and PS4 peripherals are now functional across their next-generation counterparts. The Snow Limits content is included at no cost to DIRT 5 players.

Update 2.00 brings a host of bug fixes and optimizations which enhance the racing experience across all platforms, including improved online matchmaking. Full patch notes for Update 2.00 will be published here https://dirtgame.com/dirt5/news/dirt-5-patch-notes.