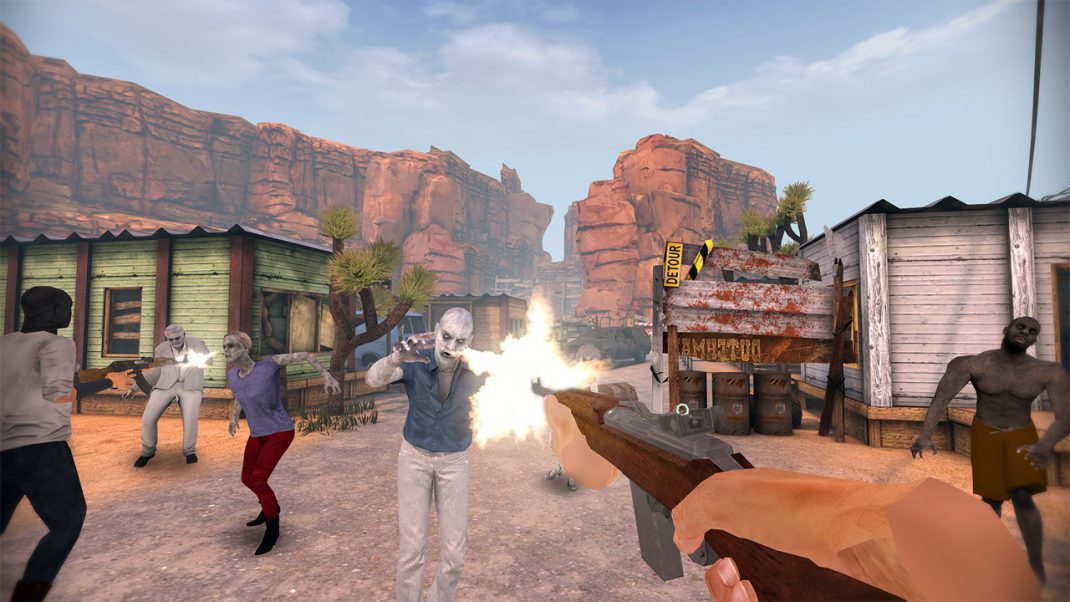 Today, Vertigo Games and Jaywalkers Interactive are releasing the free Trailer Park update for Arizona Sunshine on Oculus Quest, adding another horde mode map to the untethered VR zombie apocalypse. Set in one of the more advanced campaign environments of Arizona Sunshine, the Trailer Park map is an entirely new content update to the popular VR zombie shooter’s multiplayer horde mode, where up to four survivors team up in co-op to fend off wave after wave of hangry undead for as long as they can. Vertigo Games is simultaneously dropping a PC VR beta for the Trailer Park map on Steam, now accessible to all owners of Arizona Sunshine on Steam.

The Trailer Park horde mode map transports up to four players to a closed off-area set in a grungy lot full of scruffy old trailers. Gather your fellow survivors and watch each other’s back as you scavenge the rundown trailers for precious loot and explore the alleyways and narrow side streets in a map with many places to hide… or get ambushed. Stand your ground against wave after wave of undead Freddies for as long as you can.

Arizona Sunshine is a first-person shooter built exclusively for VR that immerses you in a post-apocalyptic southwestern America overrun by zombies. Move around without restraints as you face hordes of zombies in a series of huge southwestern American environments, including treacherous canyons and deep, dark mines. Handle weapons with real-life movements and take on the undead with up to three friends in online co-op multiplayer. Thanks to destructible environments, zombie mutilations and cinematic, compelling experiences, Arizona Sunshine offers unique VR realism. Putting the undead back to rest is more thrilling and satisfying than ever before.