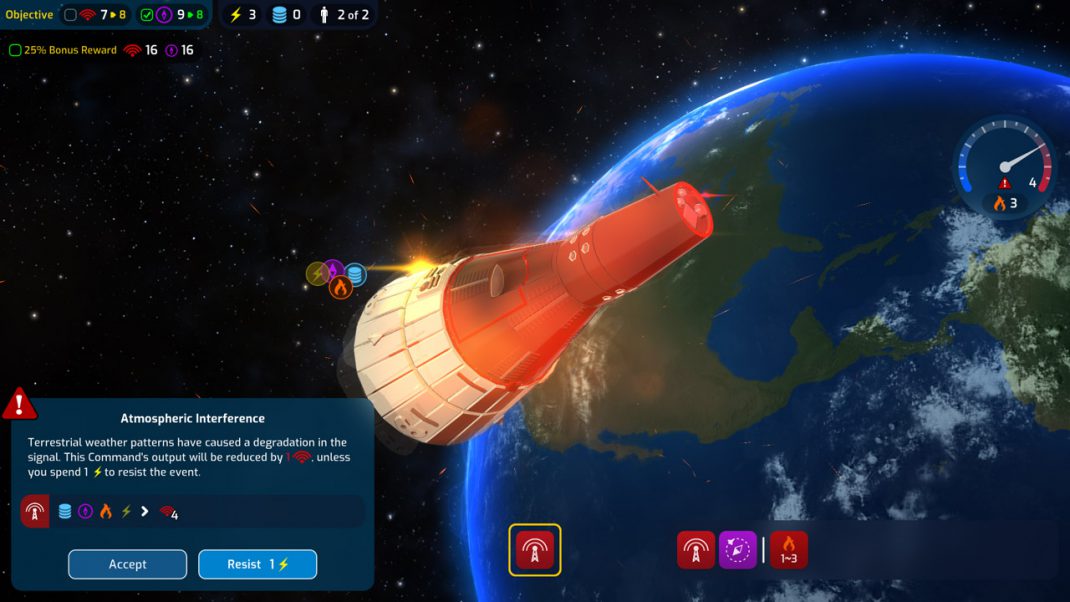 In Mars Horizon, players take control of their very own space agency at the dawn of the space age, with the ultimate goal of setting foot on the surface of Mars. Players manage scientific focus, public support and, of course, funds, as they endeavor to complete missions and send their astronauts into space. Agency directors also contend with other major space agencies who have the same goals, choosing to work together or venture out on their own.

During missions, players face tense turn-based gameplay that determines their success or failure. Every single decision is critical, will you spend power to fix a malfunctioning antenna or save it in case of an oxygen leak? Perhaps risking that extra three months of mission planning could have prevented disaster? Which technologies should you research? Which rockets should you build? Should you aim for the moon first or head straight to Mars?

Mars Horizon was developed with the cooperation of the European Space Agency, where staff, including ExoMars team members, consulted on the actual process of planning and executing a mission to Mars. ESA’s ongoing and global contribution in advancing our exploration of space, for all humanity, is reflected in the passion and missions of the game.

Mars Horizon’s OST, which includes exclusive bonus material and rearrangements, is now available on Steam: https://store.steampowered.com/app/1457770/Mars_Horizon_Soundtrack/
The soundtrack is also available through Mars Horizon’s Orbital Edition, which bundles the game and soundtrack together for a 15% discount.

Launch over to Twitter and follow @AurochDigital and @IrregularCorp. Additionally, head to https://theirregularcorporation.com/game/mars-horizon/ for more information. Learn more about ESA at https://www.esa.int and follow them on Twitter @ESA. The European Space Agency receives no financial compensation from this game and subsequent sale.