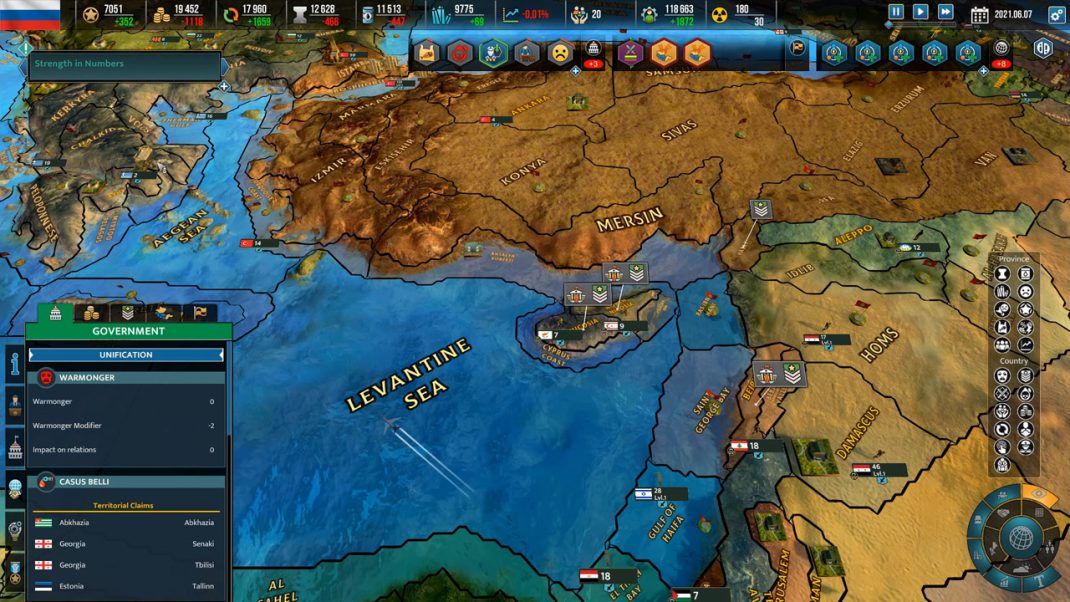 1C Entertainment and developer Jujubee announced today that the launch date for real-time grand strategy, Realpolitiks II, has been moved to November 18, 2020. The game will be available on PC via Steam Early Access for the price of 29.99 USD / 24.99 EUR with the full launch planned for early 2021.

Due to the challenges the whole industry is facing caused by the pandemic, the restrictions related to working remotely, but also the overwhelming feedback from the community, the game will be released a few days later than initially planned and has been moved to Early Access in order to give the players the chance to have a big influence on its further development. Additionally a new video trailer has been made available.

Realpolitiks II will launch in Early Access with all its planned content, featuring 208 contemporary countries to choose from, 2 scenario campaigns, many fully functional new features and mechanics introduced to the game compared to its predecessor, such as the new combat system and the intelligence mechanics. And not forget to mention the highly anticipated modding tool that will allow players to create their very own content and alter the game to their liking.