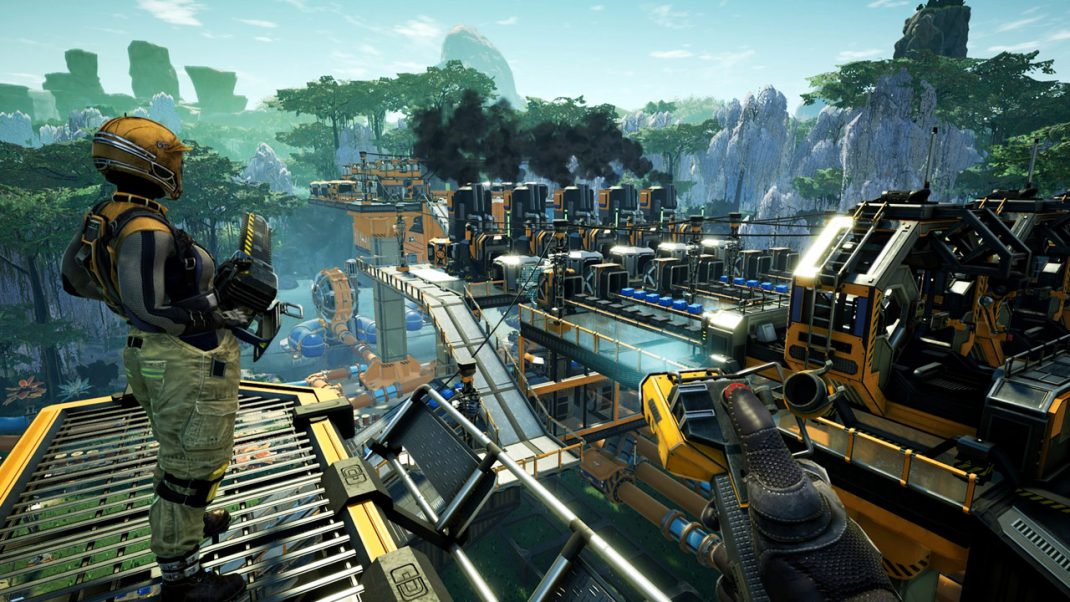 Coffee Stain Studios is pleased to reveal that Satisfactory, the otherworldly first-person factory building sim will receive a slippery update on November 10th! The Fluids Update will douse the game in a shower of new fluid and pipe content, a ton of new buildables, a jump pad overhaul, and a hugely gratifying Packager building. The new content continues to refine and upgrade the Satisfactory experience as it develops towards full commercial launch. The Fluids Update is available on the experimental branch now, and will launch onto the main Satisfactory Early Access branch on Steam and Epic Games Store on November 10th.

The Fluids Update upgrades the Satisfactory Fluid System, allowing for Mk.2 Pipelines that carry up to 600 cubic meters of fluids per minute, accompanied by the Pipeline Pump Mk.2 with superior head lift and new in-world feedback. The update also introduces two highly anticipated fluid features; The Packager, a small and energy efficient building which will replace the Refinery for packaging Fluids, and the Valve, which can control the maximum throughput of a Pipeline.

Alongside the newly revamped fluid systems, Satisfactory is also introducing a host of new Factory building content for Pioneers. The Jump Pads have been revamped with useful new visual feedback, and pipe placement has been upgraded for a smoother experience, meaning pumps can now be rotated, and various wall attachments can be placed in new and exciting ways. As well as the wave of new content and building systems, the Fluids Update will bring a series of bug fixes and quality of life improvements. The full patch notes can be seen here.

Satisfactory launched into Early Access in March 2019, combining construction, exploration and a dash of combat, players must keep improving their factories, researching new technologies and automating vehicles all while defending themselves against hostile alien lifeforms. The Fluids Update is the latest in a series of updates since launch, and further evolves the in-game fluid systems, ensuring production never stops.