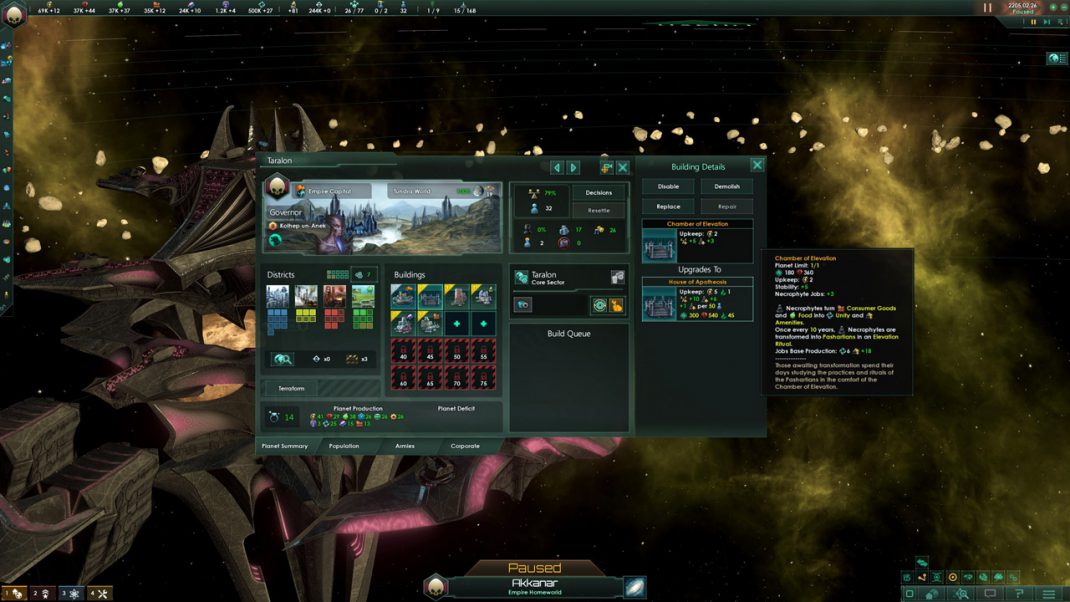 It’s a grave affair as Paradox Interactive today disentombed the details on what is shaping up to be the spookiest expansion this side of the galaxy, the Necroids Species Pack. Available October 29, Necroids will leave players with goosebumps after experiencing a brand new selection of portraits, civics, ship sets and other cosmetics. This pack is for players who aren’t afraid to live their undeath to the fullest, all out on the dark side of the galaxy.

Cast your eyes upon the drop-dead gorgeous trailer below:

Prepare to meet the Necroids, an intelligent species who believe that death is not the end, but rather the beginning of their journey. Necroids are known to spend their days excitedly studying in preparation for their eventual “transformation” in the Elevation Chamber. New cosmetic changes will reincarnate playthroughs of Stellaris for long time players, while also bringing new life to killer type empires. In total, the Necroids Species Pack includes: