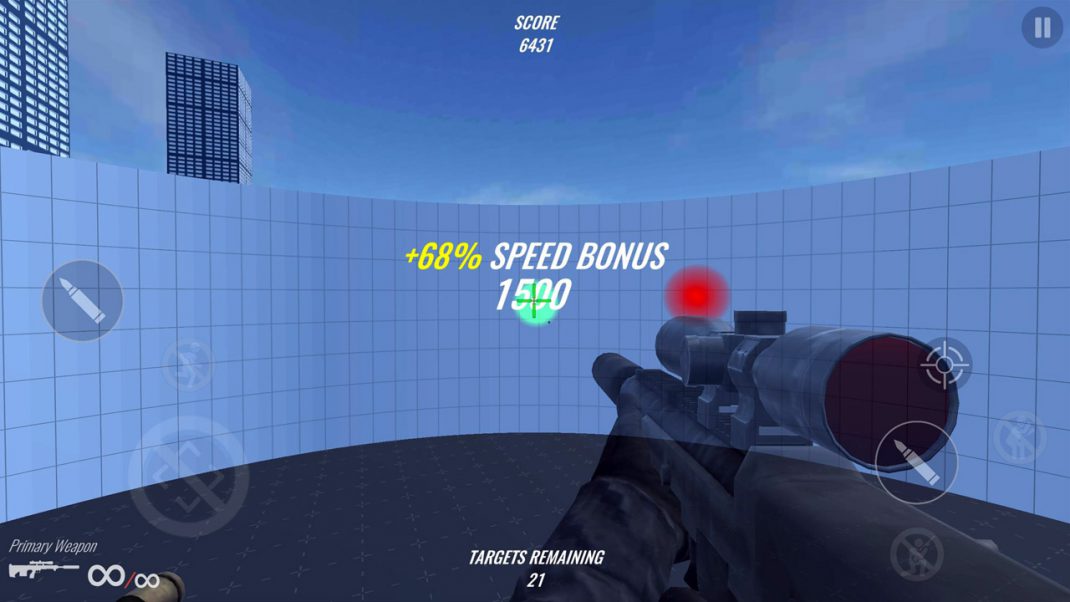 Gaming platform 3D Aim Trainer celebrated the first anniversary since its founding in June. The company, based in Dendermonde in East Flanders, Belgium, started as a passion project by competitive gamer Bernd Matthys and has since become a global success.

3D Aim Trainer is a training platform for gamers, designed to improve their first- and third-person shooting skills with a range of levels based on speed, accuracy and reactions.

The concept was originally conceived by Matthys in 2017 and a year ago, 3D Aim Trainer was officially founded. In just 12 months it has surpassed 5 million users in 190 countries and continues to go from strength to strength, with time spent in-game per user tripling up to April 2020.

It is this increase in time spent on the platform that pleases founders Bernd and Miquel Matthys and Robin Haegeman. For them, it suggests the platform is fulfilling its purpose of helping users become better gamers – with them investing more time in practicing core gaming skills.

However, it’s not just user performance data the team focuses on when judging success. 3D Aim Trainer is endorsed by its users, including top esports competitors, teams and influencers. The mobile app versions of the platform even currently boast 4.5-star reviews on both the Google Play and Apple stores.

It’s this feedback the team at 3D Aim Trainer value the most – as active members of the gaming community themselves, delivering a product that improves the gaming experience for their peers brings them the greatest satisfaction.

Capping a successful first year for 3D Aim Trainer, the business has fittingly been announced as a finalist in Esports Insider’s ‘The Digital Clutch’ – a start-up pitching event, in which the winner secures sponsorship and mentoring from an esteemed team of industry experts.

The Belgian-based business is not sitting back on its success, though, with ambitious plans for the next 12 months. These include launching their aim training game on the Steam store – a move which would see platform exposed to its near 95 million active monthly users.

The 3D Aim Trainer team is also keen to offer academic training for its users, including an aim training course. For the founders, gaming is more than just a passion and they’re keen to share their knowledge and build on their platform offering to help esports competitors of the future.

3D Aim Trainer is also planning to host more gaming tournaments, keen to give back to the community and the next generation of gamers.

“I’m incredibly proud of what the team has achieved in its first year. When I began developing the training platform, it was to help me improve my aiming skills, as I felt there was not a sufficient product on the market. What began as a hobby has since turned into a global platform that has helped millions of likeminded gamers.

“We have big plans for our second year, including expanding our global reach and helping as many gamers as possible to improve their shooting skills and gain a competitive advantage.”