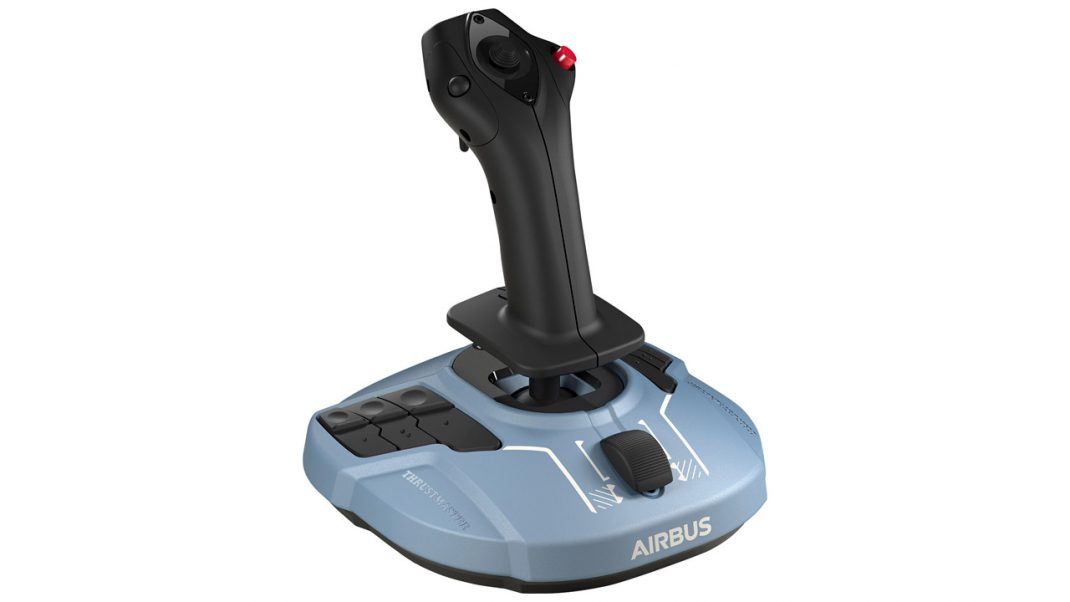 Today, Microsoft releases the latest iteration of its venerable Flight Simulator franchise. From all accounts, the new Flight Simulator features beautiful environments, accurate flight modeling, a wide range of aircraft, and a whole lot more. So, it was only natural that some new peripherals have been created to allow flight sim gamers to more fully immerse themselves in the simulator. Some of these new peripherals comes from long-time peripheral-maker Thrustmaster. These are the folks responsible for some of the best flight sim controls in history – including my personal favorite, the Warthog HOTAS.

Recently, Thrustmaster unveiled its TCA (Thrustmaster Civil Aviation) range of controls – including the TCA Sidestick Airbus Edition flight stick. The design of the TCA Sidestick Airbus Edition controller was based off of the actual Airbus A320 sidestick flight control (yes, some airliners have sidesticks) and features a plastic handle coupled with hefty metal/plastic base. The feel of the stick is solid, although it does feel like plastic. However, with that plastic does come a cheaper price tag than could have been, so that is a mixed plus and minus. There is an array of six buttons on each side of the TCA Sidestick Airbus Edition’s base, which are all programmable inside whatever flight sim or game you like. At the rear of the stick’s base is a throttle slider with thrust reverse position which is cool. Additionally, the stick itself can rotate along its Z axis, allowing you to use it for rudder input as well.

Another cool feature of this new flight stick is that it is somewhat modular, being able to swap out the thumb buttons for truly ambidextrous usage. Not only is the stick ambidextrous, but it also has four different modules that can be plugged in, allowing it to better replicate an A380 stick or a more of a wider stick design. The choice is entirely yours and just adds to the peripheral’s value.

Under the hood of the flight stick is Thrustmaster’s tried-and-true H.E.A.R.T (HallEffect AccuRate Technology) system, which uses magnetic sensors to detect the position of the joystick throughout its range of motion. This technology makes the TCS Sidestick, as well as most of Thrustmaster’s stick line-up, extremely long-lasting thanks to it being a contact-less solution. 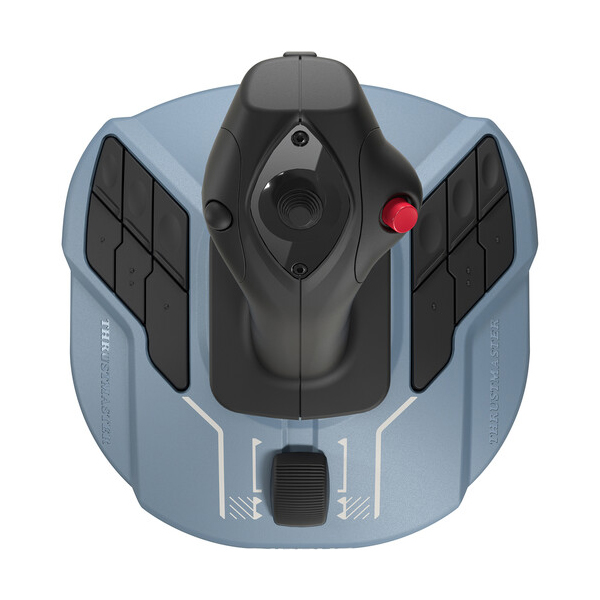 One game I LOVED using this peripheral with is mech battler, Mechwarror 5: Mercenaries. The TCA Sidestick Airbus Edition has a similar look and layout with the much older, and since discontinued, Microsoft Force Feedback 2 joystick (which was incredible for mech games like this) and the functionality works perfectly for the game. You can move your torso with the stick and change your direction of travel with the Z rotation all while controlling your weapons and throttle at the same time. If you are a Mechwarrior 5: Mercenaries or Mechwarrior Online gamer looking for a joystick, be sure to check this out!

Aside from the unexpected Mechwarrior usage, the TCA Sidestick Airbus Edition is perfectly matched with both the new Microsoft Flight Simulator as well as the previous Microsoft Flight Simulator X: Steam Edition of the game. The added immersion that using the stick provides is very nice. Of course, as a USB controller you can even use this in any game that utilizes a joystick, or other sim like DCS World – although for a combat simulation I would prefer a more specific kind of controller. Nevertheless, it is still more than usable in them! If I were to choose this flight stick for my flight games, I would eventually pick up the Thrustmaster TCA Quadrant Airbus Edition to go with it. This would provide a more HOTAS (Hands On Throttle and Stick) functionality and complete the Airbus look. The Quadrant control is not out yet, but due out sometime near the end of September. Thrustmaster will also be putting both the TCA Sidestick Airbus Edition and TCS Quadrant Airbus Edition into one bundle pack. Dubbed the TCA Officer’s Pack, it is not out yet but is also expected around the end of September.

The Thrustmaster TCA Sidestick Airbus Edition is available now, although it is in high-demand so supplies are limited, for around $69.99 which is a very reasonable price for a peripheral like this. 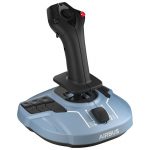