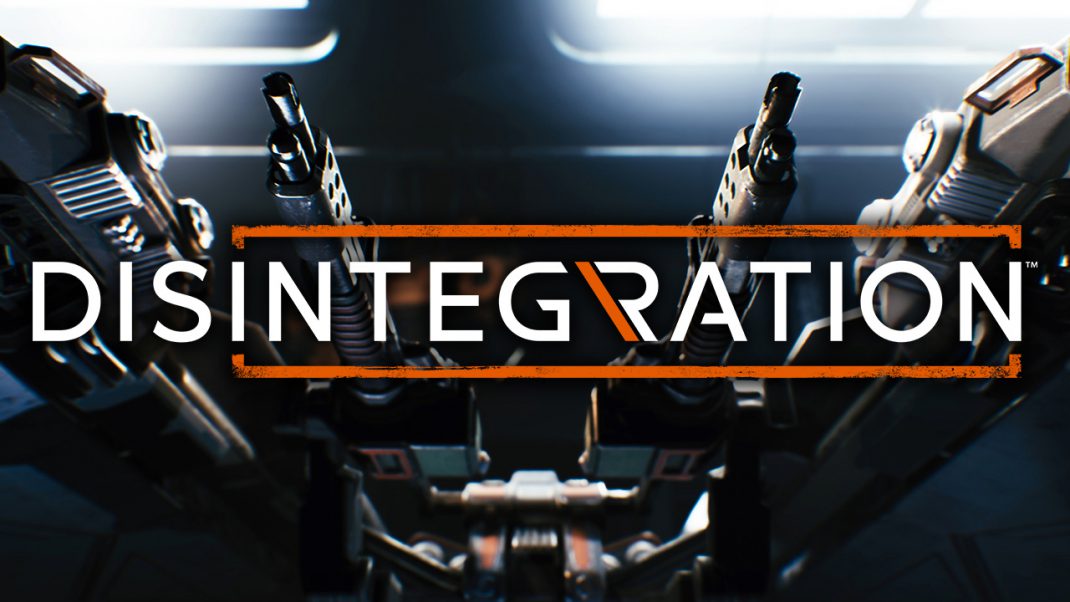 In the future, they have discovered a great way to help extend lives and help our climate changing world: get rid of all a human’s organs except their brains. Then, toss that wrinkly-sucker into a big metal ball in a robot’s head. This results in a society where technology is king and the good, the bad and even the ugly all want to control it. Add a vehicle called the Gravcycle and you have the makings of V1 Interactive’s new game Disintegration.

Scientists develop a process called “integration” which even in it’s name sounds like another name for what the Borg do and isn’t too far from the same idea. A militant group called the Rayonne take control and start forcing humans into the process. It’s a very mixed bag in some ways since it will help our climate but then forcing everyone to become cyborgs just isn’t cool. You play as Romer Shaol, a Gravcycle pilot, who leads a resistance group trying to “reboot humanity” by protecting the last bit of human society. It sounds like a pretty heavy story but there is good humor in the game as well.  I wish the solo story was fleshed out a bit more but coming out of an indie house of 30 members the story is long enough. 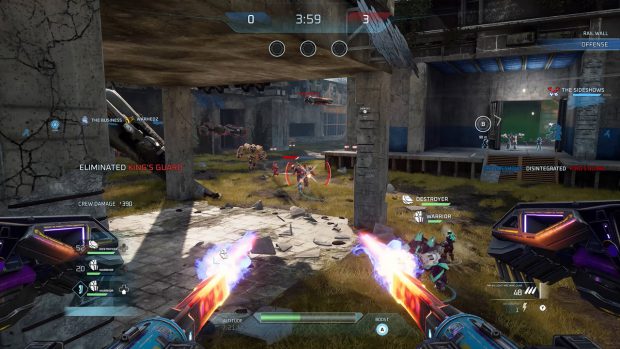 The gameplay is a combo of RTS and FPS which you don’t see a whole lot of. You pilot a Gravcycle which has a first person view through robot eyes showing the guns on the sides of the screen. It reminds me of a Star Wars pod racer too with their smooth floating vantage and flying and a similar looking design. From this view you command the rest of your team by clicking one of your mouse buttons and the Gravcycle gives you a top down view like an RTS. The other mouse button is for shooting at enemies and healing your group which is strange since you go back and forth between the kill and heal guns. It’s not just run and gun, though the game has moments you can. It give you puzzles and requires you to solve some of them by using your crew and what items you can get your hands on.

The controls on a keyboard and mouse definitely take some getting used to and if you are using a laptop I highly recommend using an external mouse for the best experience. WASD is pretty standard for moving but then the up and down of the cycle are SHIFT and CTRL which just begs for a remapping. Once you have everything setup it’s just a matter of getting in the groove with them. When you set your difficulty level at the beginning of the game it is decided by how much you have to rely on teammates and loadouts, easy being they are decent AI and can handle themselves so you can shoot and go through the story and hard being you can’t kill anything yourself practically, your only way to survive being RTS. You may want to do one run through and get used to things through multiplayer before going hard on this game. If you decide to use a controller the learning curve is shorter and the up and down control is easier but sometimes it’s nice to play a game on a system using a system’s standard controls, in this case the keyboard and mouse. Also I find it easier to make long shots on the computer using the mouse instead of controller sticks. Maybe it’s just me. 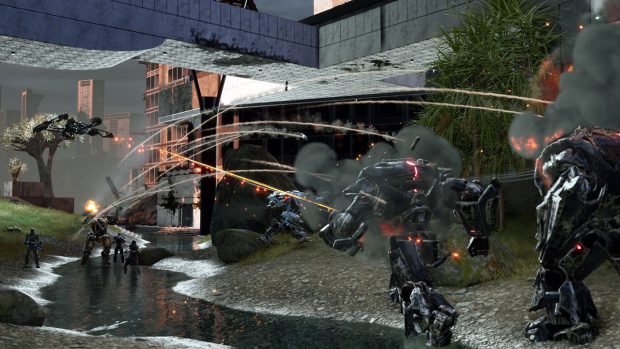 The graphics are very nice, particularly the hi-res cut-scenes and despite the heavy subject matter things take place in beautifully rendered daytime as well as night. The voice work is well done and I am thinking of finding a copy of some of the music off the soundtrack to use when walking. Sound effects and ambient noises are clean and crisp.  Combine all that and you have an all around good package. Nice graphics generally mean bad ass looking bosses and there are some nicely wicked looking baddies to be had.

The multiplayer mode looks promising, it has lots of different teams to choose from. I just wasn’t able to find anyone else to play against and each time I tried waiting for a few minutes.  Luckily it does have multiplayer sandbox where you can take on AI ships for practice. Whenever I see a game with a really low multiplayer base it is almost always the result of mismanaged marketing, though in this case I watched the the trailers and found that they were pretty much on point. It’s a shame not getting to see such an interesting idea for multiplayer, the combined FPS and RTS is already uncommon I’m not sure if I have seen them in multiplayer before.

Disintegration is a fun and addictive play, it comes out with a heavy subject but handles it in a way that is still a good time. The graphics are good, the sound and music are great and the AI is smart. Add to that a decent (albeit short) campaign and the only thing missing in the game is a multiplayer community. It has grown from humble roots, time to watch the player base grow. In the meantime let’s jump on the Gravcycle and race around some more. 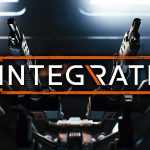