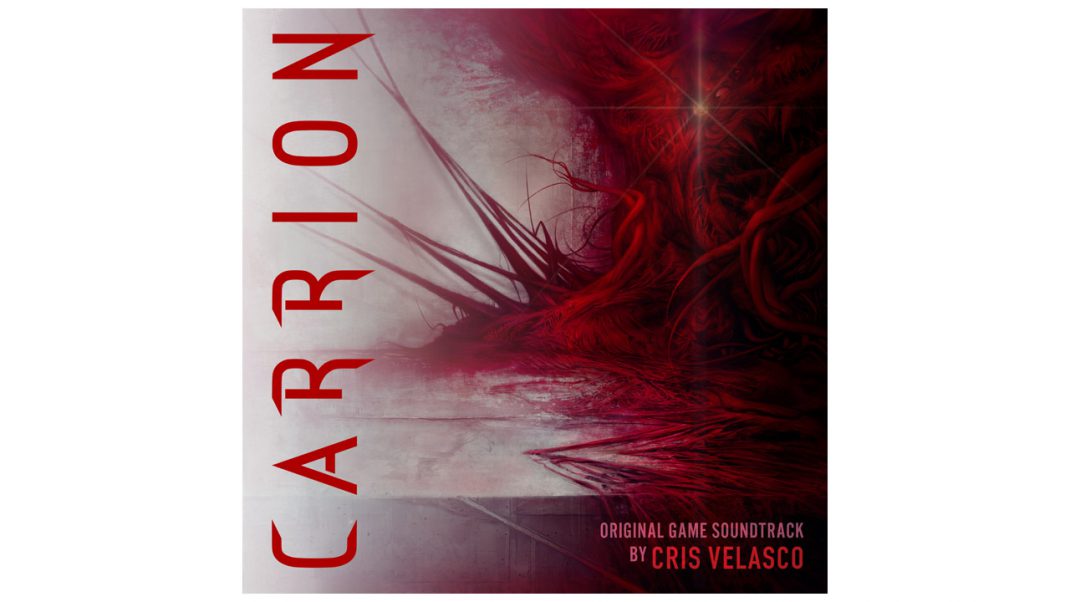 Award-winning composer Cris Velasco (Resident Evil 7: Biohazard, Bloodborne, Darksiders) partners with Materia Collective to release the original soundtrack to Phobia Game Studio’s CARRION. Published by Devolver Digital, the game is a subversion of the sci-fi/horror genre, putting the player in control not of the human survivors but rather of the monster attacking their facility. Velasco’s 25-track album captures CARRION’s creeping dread and otherworldly terror with darkly atmospheric music punctuated by moments of violent intensity. CARRION and its soundtrack release on July 23rd but you can now pre-save the album at https://materia.to/carrion.

“The score to CARRION is unlike anything I’ve written before,” says Cris Velasco. “While there are still melodic moments of grandeur and even beauty, the majority of the score is quite dystopian. You play as the monster in this reverse horror game. No one gets out alive, and the music won’t let you forget. The score is the monster’s inner dialogue. It should fill you with dread, helplessness, and the feeling that an unknowable malevolent entity could take you at any moment.”

Velasco has contributed to some of the world’s biggest video game franchises including Fortnite, Resident Evil, Overwatch, Bloodborne, Darksiders, Assassin’s Creed, Warhammer, Borderlands, Mass Effect and God of War, and scored television series such as HULU’s Dimension 404 and Freakish. Though he’s a prolific and versatile composer, he excels at creating horror soundscapes, and the CARRION original soundtrack makes full use of his talents. He is also a passionate art collector, curating unique dark and surrealist art exhibitions in LA and Chicago including ‘Wunderkammer’ celebrating eclectic and visionary artwork from Clive Barker, and ‘From The Depths’ showcasing paintings paying homage to H.P. Lovecraft.

CARRION is a reverse horror game in which you assume the role of an amorphous creature of unknown origin. Stalk and consume those that imprisoned you to spread fear and panic throughout the facility. Grow and evolve as you tear down this prison and acquire more and more devastating abilities on the path to retribution. For more information on CARRION, visit https://www.devolverdigital.com/games/carrion.