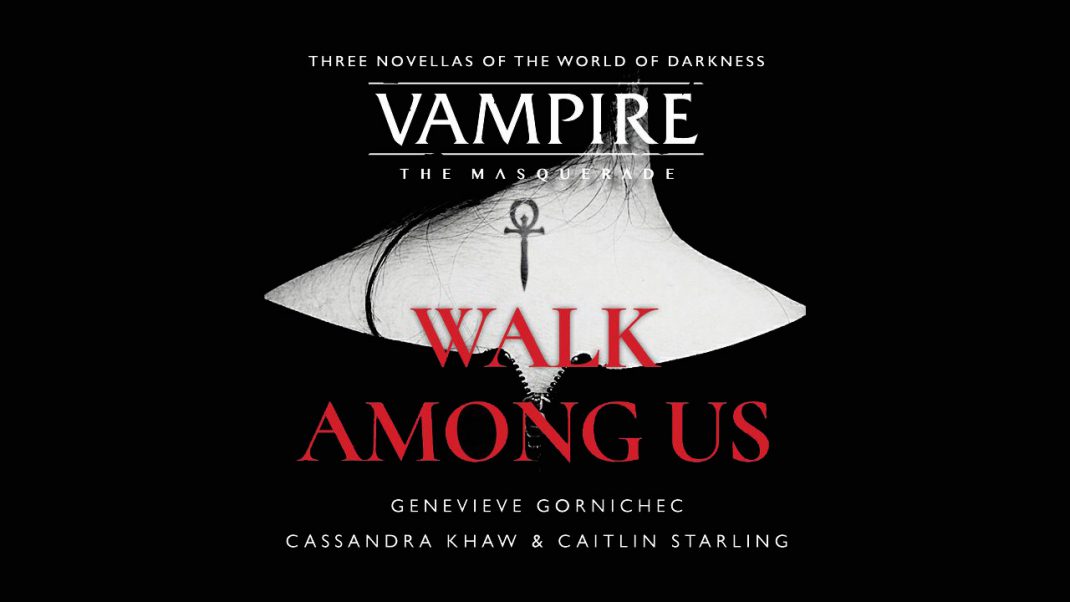 Vampire: The Masquerade Walk Among Us Audio Book Review

I’ve always been a voracious reader but nowadays it can be hard to fit the time in. I recently began checking out audio books and was thrilled to add them to my daily commute or relaxation time. I have also always loved the World of Darkness setting with IPs such as Vampire: The Masquerade. So, when a Vampire audio book series was announced, I knew I would have to take a listen. So, I began devouring Vampire: The Masquerade Collection Volume One.

When it comes to audio books, production quality can vary as much as the stories being told. I’ve heard books read by Alexa, giving off a strange, robotic accent and I’ve heard books performed with a really large cast of performers and high production values such as musical scores and sound effects. In the end though it all relies on the story and whether or not it is well-told. In this case, Vampire: The Masquerade doesn’t have anything really in the way of production except for having more than one reader, ones for female main characters and another for the male ones. There are no sound effects and no music scores just very clean recordings with very clean pronunciation even when doing accents but this too can serve a purpose. When a recording has lots of sound effects and music scores it sets the mood for the events not with the words as much as an aural performance, the music tenses when it wants you to be nervous, sounds like gunshots bring home the action in the book but doesn’t let your mind choose how loud it is, if it echoes. It’s a sort of less is more argument.

Vampire: The Masquerade Collection One features three stories to take in. In Genevieve Gornichec’s “A Sheep Among Wolves”, performed by Erika Ishii, a clinically depressed girl tries to find some comfort and companionship in her college life that she isn’t getting from her passive roommate and her roommate’s mean and prankish friend. The book shows that embracing your gifts, no matter how deep into the darkness they dwell, can bring a beautifully dangerous freedom. Ishii has a beautiful clear voice that helps bring the words home, the story’s a slow burner concentrating on the actions of the characters to help show transformation of the spirit as well as the body… The read has a nice twist and I even went back listened to it again for hints that it might be coming.

In Cassandra Khaw’s “Fine Print”, performed by Neil Kaplan, Duke discovers that despite being a man of great status and power, when it comes to Faustian contracts he’s as novice as Young Goodman Brown. A tech guru and giant sits in a room full of vampires discussing just what he thinks becoming Kindred will do for him. Somewhere along the way he missed that the life and true power of immortality is blood not technology. It has very strong language for sensitive ears but is a great story of what happens when someone learns they are not a big fish in a small pond but rather a small fish drowning in a puddle of blood. If Duke won’t listen to the concern of friends and fraternity during his “going away” moments then the cautions of vampires fall on deaf ears. Neil Kaplan’s voice really brings the tension of Duke to life while the character struggles to stay calm in the middle of a supernatural deal and a last hurrah to his humanity. Maybe.

And in Caitlin Starling’s “The Land Of Milk And Honey”, performed by Xe Sands, they discuss the ideals and ethics behind “blood farms”, locations where blood sources are kept alive to milk like a cow. The previous stories are from the point of view of humans interacting with the Kindred but this book is about the Kindred themselves and what they think of the beings they used to be. The question definitely comes up where “human rights” stand among the Kindred. The social political implications are timely considering the Black Lives Matter movement being so prevalent right now. The arguments brought up in here could easily be compared to the treatment of Black people in our modern society but it wasn’t done in a preachy, self-righteous manner but instead tells a very interesting story about possible vampire society. Definitely my favorite of the three books I re-listened to chapters just because I thoroughly enjoyed them.

Vampire: The Masquerade Collection Volume One is a nice collection of vampire tales with great story-telling and an obvious love for the source material. It doesn’t use extra productions such as sound effects and music interludes but the sincere, clean readings and well written tales come together to bring the characters to life, even the undead ones. It’s also nice and long to get through commutes, trips, bike rides, walks: you get the picture.

Vampire: The Masquerade Collection Volume One 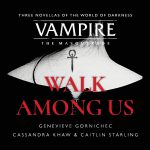