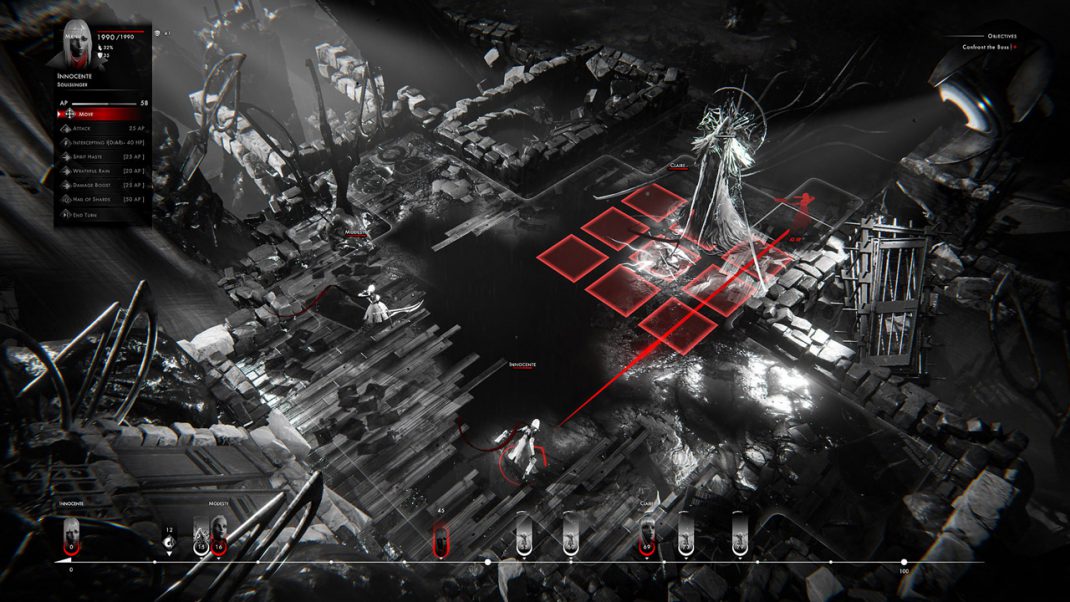 June 24, 2020 – Othercide, the new horror-inspired tactical RPG, is coming to PlayStation®4, Xbox One and PC on July 28 (and later this summer for Nintendo Switch), but Focus Home Interactive and Lightbulb Crew are here today with the first episode in a new developer diary series going behind the scenes to explore the makings of this uniquely stylized and nightmarish game world.

A perfect entry point for newcomers, today’s video breaks down the key characters and creatures you’ll discover in Othercide: the Mother, her Daughters, and the terrifying Others. Learn about the game’s distinctive art design, inspired by multiple sources from around the world, as well as the real life experiences of art director Alexandre Chaudret. As Humanity’s last hope in a gothic noir universe, you’ll lead your army of Daughters in a spectacular dance of combat actions and counters against fearsome enemies and bosses with the Dynamic Timeline System. You will fight. You will fail. You will rise again.

Pre-orders for Othercide are available now with a 15% discount on Steam and Xbox One at https://shop.othercidegame.com. Steam also offers a special bundle featuring the base game, its original soundtrack and digital art book at an additional discount. PlayStation®4 and Nintendo Switch pre-orders will open in the near future.

And keep your eyes peeled for the next episode in Othercide’s developer diary series! For more information, visit https://www.othercidegame.com.