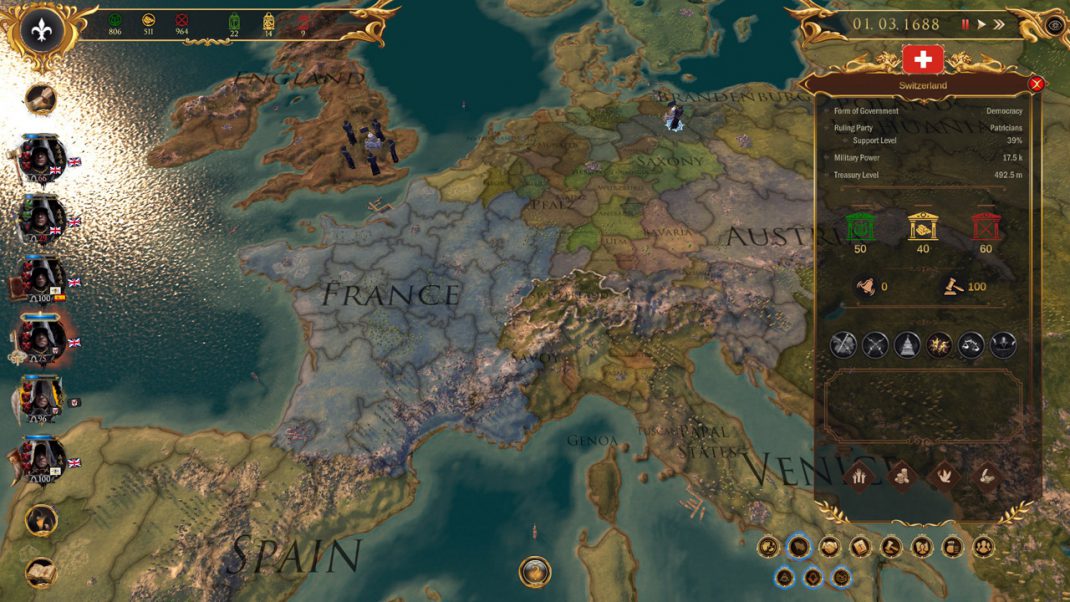 Prague, Czech Republic – 22nd June, 2020 – Today marks the birth of a secret order that influences world changing events, shapes society to its own images and pulls strings from the shadows. Grand strategy – Secret Government just entered Steam Early Access for 19.99 USD/EUR with 10% launch discount! The full launch is planned for later this year with the Early Access being an important tool for the developer GameTrek to gather valuable feedback from the community and work hand in hand with them to deliver the ultimate illuminati simulator.

Taking place from the 17th century to the modern days, Secret Government tasks you with leading a secret organization as you spread your influence across the globe, rewriting key historical events and deciding the fate of humankind. Manage your resources as you manipulate the actions of the world’s leaders. From strategically planting your agents in vulnerable regions, to infiltrating powerful institutions of authority, anyone can be your pawn as you exploit their resources and seize control over key decision-makers.

The Early Access version places you in the Glorious Revolution in England where you will face a hostile secret organization whose methods are similar to yours, but their goals are completely different. Act carefully not to raise the awareness of your clout in the country or otherwise you will be exposed and lose the level of influence already gained.

Developed by GameTrek and published by 1C Entertainment, Secret Government slips its way out of the shadows and onto Steam Early Access today.