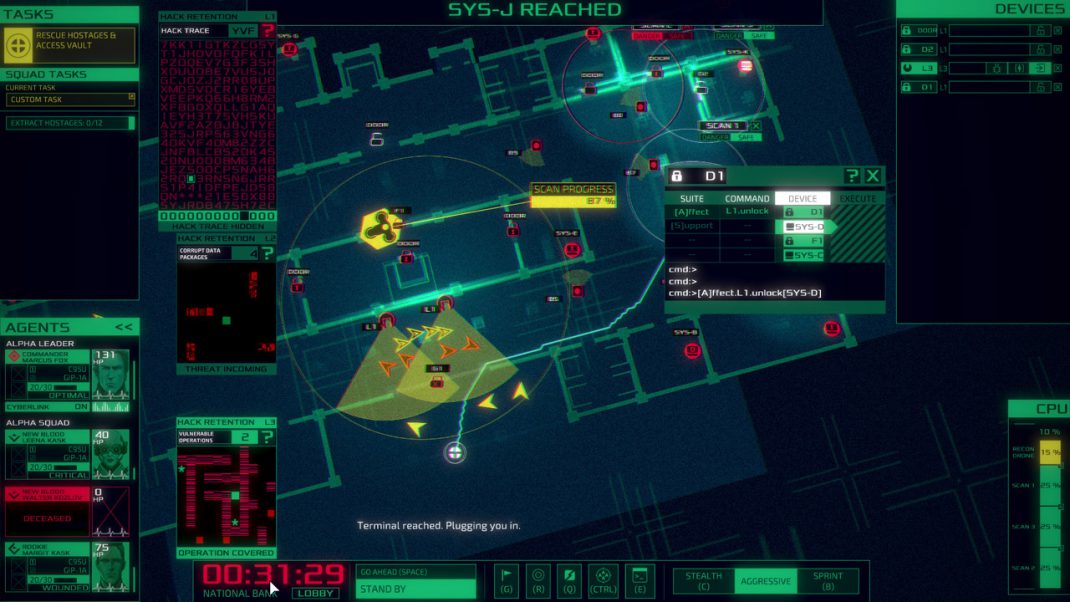 May 21st, Warsaw, Poland. There was a TV series back in the ’90s starring Peta Wilson, called “Nikita,” that was co-directed by Luc Besson and an obvious spin-off to his famous movie of the same name. One of the main characters there was a typical nerd and IT genius, Seymour Birkhoff. He wasn’t exactly the typical James Bond type, but the world wide web, computers, or security systems, couldn’t keep any secrets from his hacking. As a result, he was the one that often saved agents working in the field, as such, the whole mission.

Modern wars don’t always happen to the accompaniment of bombs falling and tanks’ artillery volleys. Instead, a battles’ fate is quite often determined in dark rooms, illuminated only by the blue light of flickering screens. Behind these screens sit people unfamiliar with guns, but deadly effective when it comes to finding security breaches in IT systems – or better, causing them. This will be your task, among many others, in the now available Cyber Ops.

In Cyber Ops, you’ll get the chance to feel like Birkhoff for a while. And even though the game is not based on the TV series, it will allow you to supervise operations, hack security systems, scan the environment to provide the safest routes for agents working in the field, and be the man in the shadows – the one who really holds all the cards.

Once ready, download Cyber Ops from Steam (https://store.steampowered.com/app/863460/Cyber_Ops/) and start your career in Geist Division.

Those who know a good agent needs to do their research on the mission objectives first can check out the mission briefing prepared by the developers.