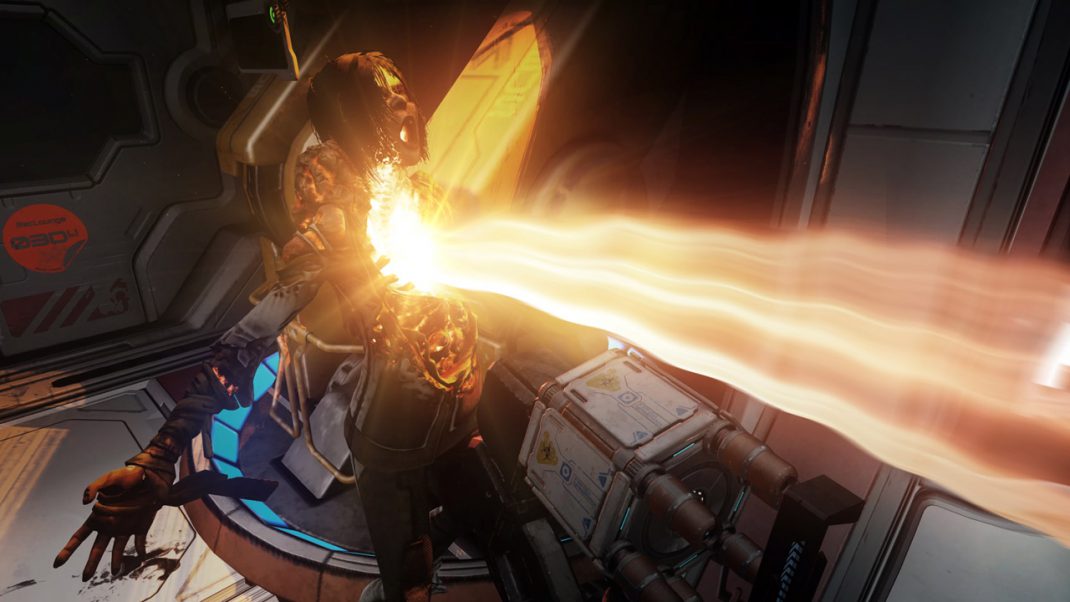 In The Persistence, you die. A lot. That’s how the game is designed to go. You go in weak with a weak weapon. You will be able to pick up in game currency, weapons and tokens to improve both your gear and your physical attributes. Then you die and drop all of your weapons. Your currency survives as does your tokens and body modifications but you leave the starting room again and again from the same place into a new map. If you go up into the starting room which is known as Recovery by death or by entering it the whole map randomizes and suddenly all the rooms you explored are reset as are all the zombies. Odds are your weapons, armor and enhancements aren’t good enough to survive yet so you die and hopefully get a little better quality gear and body enhancements such as health or stronger shielding, etc.

The end results are, hopefully, that you have all your weapons up to legendary standards, all the health and shield and other improvements maxed out with a whole bunch of money to buy all the weapons and defenses while still having to play it careful in case a certain area doesn’t allow for shielding or teleportation or such. There are no saves technically, the game does progress saves after mission objectives are met but it doesn’t save your location or weapons only the quality of weapons and defenses and your monetary forms. And by progress saves I mean clearing a really big level or just updating the quality changes on a weapon or body improvements. 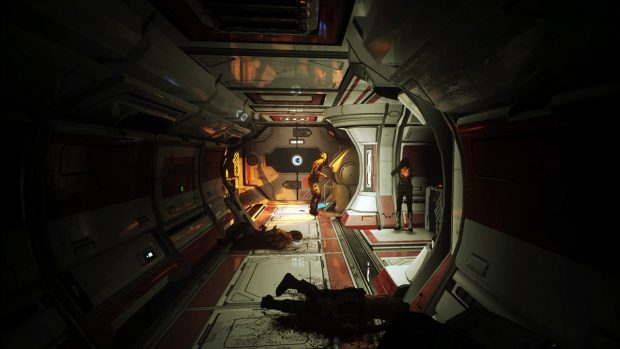 The idea behind The Persistence is that the whole space ship crew was turned into zombies except you and the ship AI. So the ship saves your brain and body enhancements and loads them into a new clone to run around with and try to complete missions until you die and the whole process repeats until you get the ship up and going so you and the AI can go home (reminds me a little of Ghost In The Shell). It originally came out on PSVR and is being ported which explains one of the slightly more difficult issues, head aiming. It’s a lot like standard third person shooting style where you aren’t looking down the gun instead you are aiming with a circle. It’s just a little different but you learn it fast because you use it for everything, if you want to pick something up you get it in the circle in the middle of your screen and it’s picked up. It’s also how you open doors, it’s a common VR design and not a problem once you get the hang of it since it makes it so you don’t have to click anything.

The sound and graphics on the game are really nice which makes it so that you can get pretty jumpy while playing it, you know the game is hard so jump scares are going to happen like crazy, there are so many blind corners. Everything is dark and ominous as you try to survive long enough to get a bit more currency (fabrication kits and stem cells) and hopefully some weapon blueprints so that you might last a little longer on the next run in the dark creepy shadows. The only thing that kinda pulled me out from time to time is when I was trying to complete something and I got sooo close with lots of weapons… and died with the objective in sight. That jingled my nerves in a whole different manner but that too is the nature of this game. 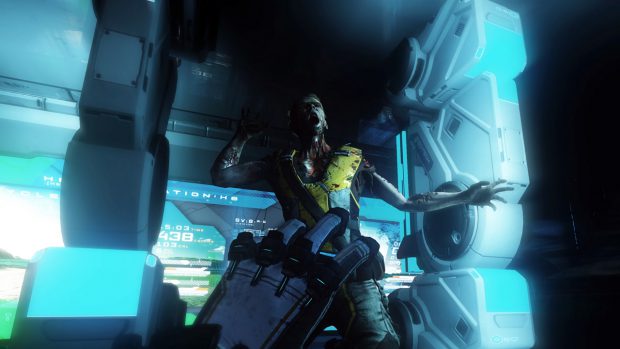 The original version of The Persistence had a very interesting co-op mode where they can control different traps and check out surveillance throughout the level by using an iPad! It sounds like an interesting idea that might have a hard time catching on. It reminds me offhand about the better elements of the classic game Night Trap but with an updated flair. There hasn’t been any word whether or not that element will be ported over before the game’s 5/20/20 release date or after or at all but my fingers are crossed, I would be happy running the iPad part for that.

If you like farming or the challenge farming entails then The Persistence is the game for you, if you don’t mind doing a lot of dying because they very much go hand in hand in this title. It’s a nice creepy game and playing this game late at night, struggling to get a little further along but know they are out to there waiting to get you makes for a great play.