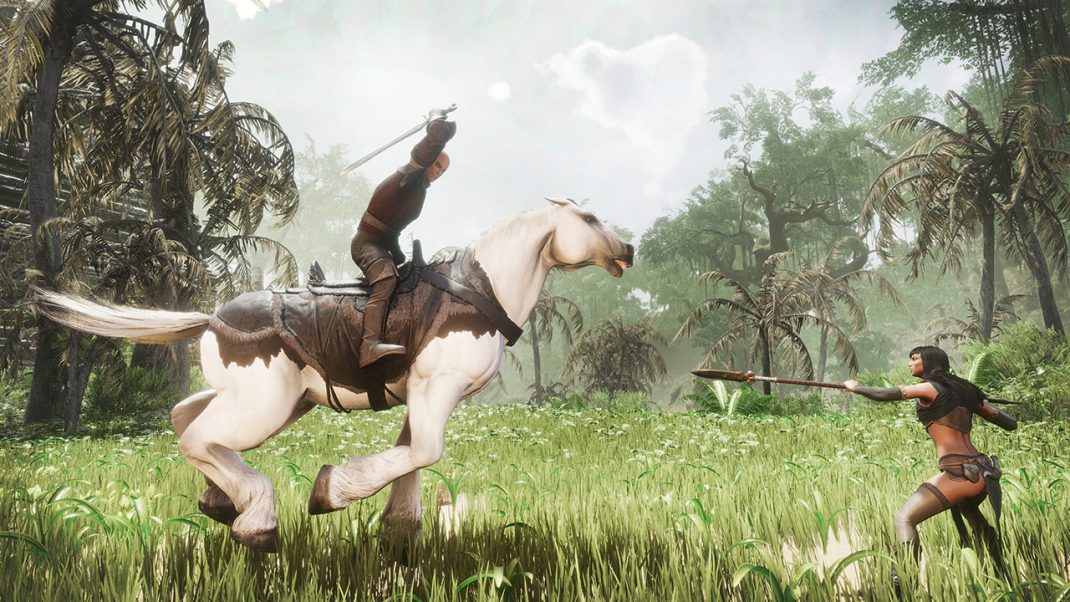 OSLO, Norway – April 28th, 2020 – Age of Conan broke sales records and received critical acclaim when it was first released in May 2008. Since then the game has become free-to-play and was in 2011 rebranded to Age of Conan: Unchained. Funcom has over the years continued to support the game, with new areas, dungeons and massive improvements to gameplay. Today the Norwegian game developer are set to release Onslaught, the biggest Age of Conan update in years.

Onslaught introduces a new game area based on Robert E. Howard’s Black Colossus (1933), one of the original short stories featuring Conan the Barbarian. Here, you will be faced with a new threat, as the ancient wizard Thugra Khotan has awoken after thousands of years and is seeking to fulfill his ambition of world domination. Waves of ferocious armies will charge at you on the steps of the great Ivory Dome of Kutchemes. The dome itself is said to contain unimaginable riches, but also a slumbering dread god.

Players can also enjoy a new game mode, new quests, and a selection of new and exquisite weapons and armor, including powerful starmetal weapons and The Thugra Khotan Vanity Armor.

For the complete list of new game features, check out www.ageofconan.com.