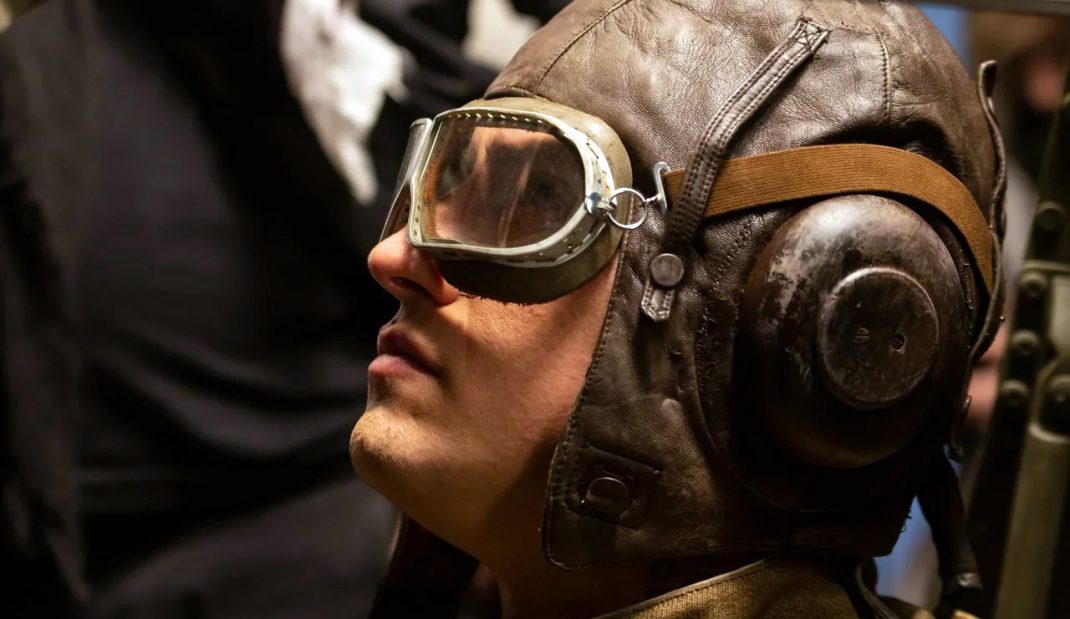 March 25, 2020 – Gaijin Entertainment announces that the military online action game War Thunder is being used by director Timur Bekmambetov (‘Searching’, ‘Unfriended’, ‘Wanted’) in his upcoming World War 2 film ‘V2. Escape from Hell’. It is based on the life of Mikhail Devyatayev, a Soviet fighter pilot who escaped from a concentration camp in a hijacked Nazi military aircraft. Bekmambetov is utilizing technology to safely continue the film’s production during the COVID-19 pandemic which includes filming a full air battle scene using War Thunder’s realistic gameplay.

Using War Thunder, the full air battle scene had leading actor Pavel Priluchny (‘Silver Spoon’) piloting a Bell P-39 Airacobra fighter plane while sitting in a replica of a real cockpit specifically built for the film. The scene involved experienced War Thunder virtual pilots and content makers who played with Priluchny. The shooting was set up remotely amid coronavirus concerns: the crew was located in Lenfilm studio in St. Petersburg while the director was running the process from Kazan.

“’V2. Escape from Hell’ will be the first movie about World War II designed for GenZ. It will be the first vertical format blockbuster to be released for smartphone viewing. So we would like to narrate this story using modern and high-tech visual means. Shooting inside a computer game will add entertainment to the project and fully immerse the viewer in what is happening on the screen – an experience that today’s gamers get from Russian-made computer games with their high realism and attention to detail,” the project director Timur Bekmambetov said.

The pilots and the actor played out several dozens of gameplay sessions with no starting conditions based on the film scenario. Also the best War Thunder pilots, participants of the international aerobatic festivals, played out several other air battle scenarios using flight simulation joysticks and VR devices. Gaijin Entertainment provided the full replays with all the flight and other technical data to the CG production team of the Bazelevs studio. The best moments will be used by the director to stage the air battle scenes, while the CG specialists will use the flight data to model graphics and special effects.

“We are pleased that the realistic air battle simulation is sought after not only by gamers, but also by movie makers,” commented Anton Yudintsev, CEO and co-founder of Gaijin Entertainment, creator of War Thunder.

‘V2. Escape from Hell’ (co-production of Bazelevs, Voenfilm and MTS) will be released in 2021. The movie plot is based on the real life story of Mikhail Devyataev, a Soviet pilot and war hero who managed to escape from a Nazi concentration camp in a captured He 111 bomber aircraft and went on to tell the Soviet command about a secret V2 rocket testing range on an island in the Baltic sea.