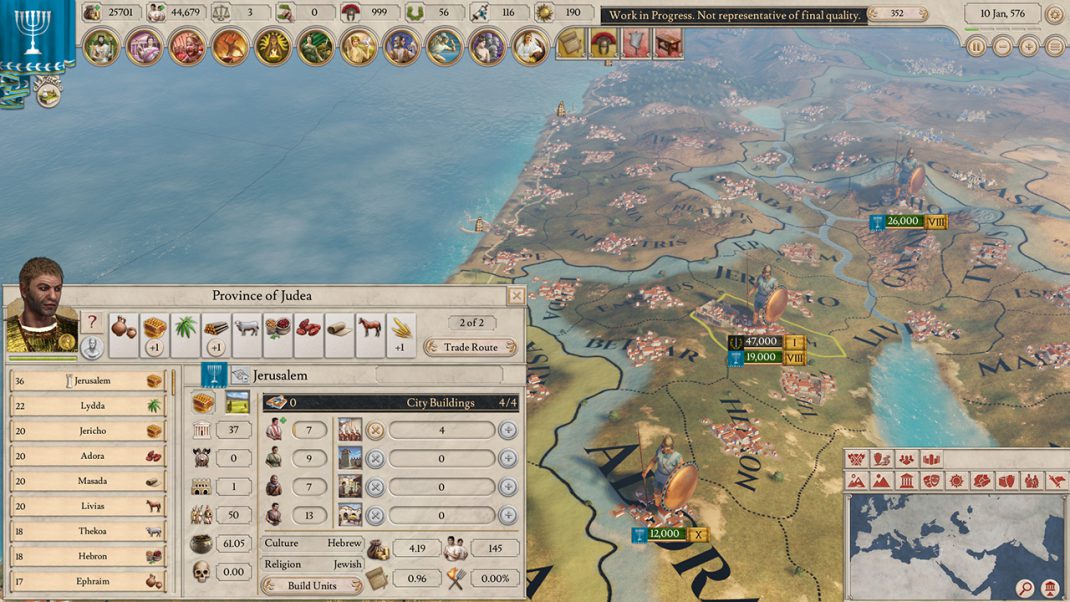 STOCKHOLM – 18 March 2020 – In a time when the gods demanded burnt offerings and dedications of trophies, it was impossible to please them all. The supply of goats, after all, is not infinite. But still, the wise ruler hedges their bets, dedicates honors to the God of Victory, sets up shrines to Goddess of Wisdom, and may even welcome whatever foreign deity promises wealth and prosperity. Imperator: Rome, Paradox Development Studio’s grand strategy game about the classical world, will soon add even more flavor to the religious aspects of the game with a major update and new Content Pack.

The new 1.4 update to Imperator: Rome is coming in on March 31, 2020. The “Archimedes” update may have you scream “Eureka!” as you discover new ways to use religious beliefs in service of your growing and thriving empire. This update will be free to all users.

Features of the free 1.4 “Archimedes” update include:

The release of the update will be accompanied by the Magna Graecia content pack. As its title implies, this content pack is focused on the world of the Greek city states.