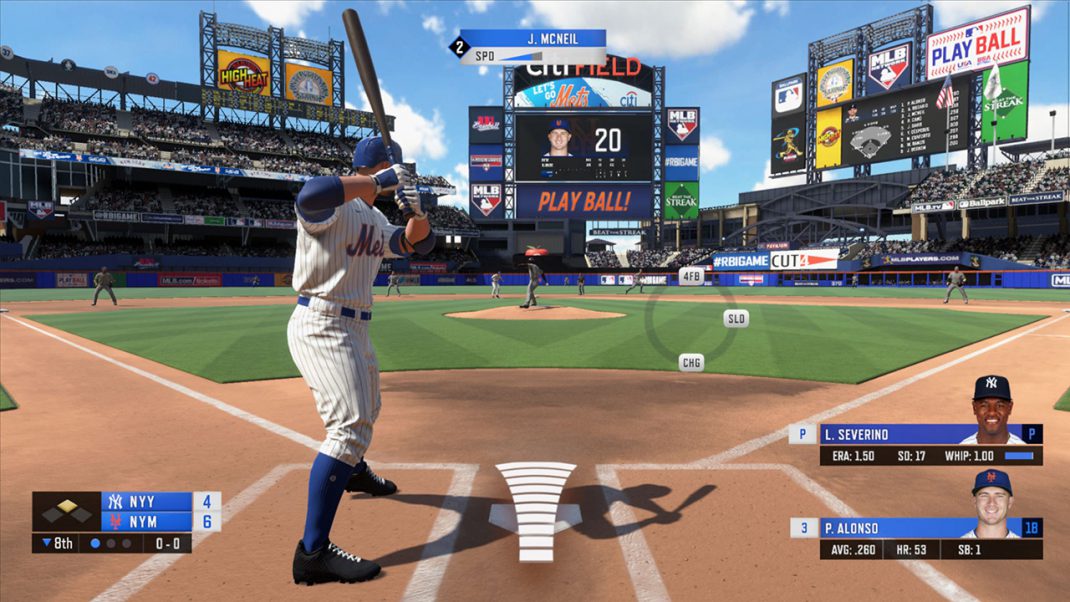 NEW YORK, March 17, 2020 – The iconic video game franchise that defined generations of arcade-style baseball fun takes a significant leap forward as R.B.I. Baseball 20 launches today on consoles, PC via Steam (all $29.99) and is coming soon for mobile ($6.99) with massive advancements in gameplay, including brand new hitting and pitching mechanics, as well as a host of detailed improvements. The game is available for physical purchase in store and online at top retailers such as GameStop, Target, Walmart and Best Buy and via digital download on platform storefronts.

New features and upgrades to gameplay both big and small abound in RBI Baseball 20 and include:

R.B.I. Baseball 20 is officially licensed by MLB and MLBPA. It is available now for the PlayStation®4 computer entertainment system, the Xbox One family of devices including Xbox One X, the Nintendo SwitchÔ system, and coming soon to iPhone, iPad, and supported Android smartphones and tablets. The game retails for $29.99 (U.S.) on consoles and PC via Steam and $6.99 (U.S.) on smartphones and tablets. For more information visit www.RBIGame.com, follow @RBIGame on Twitter, @RBIGame on Instagram, or @MLBRBIGame on Facebook.