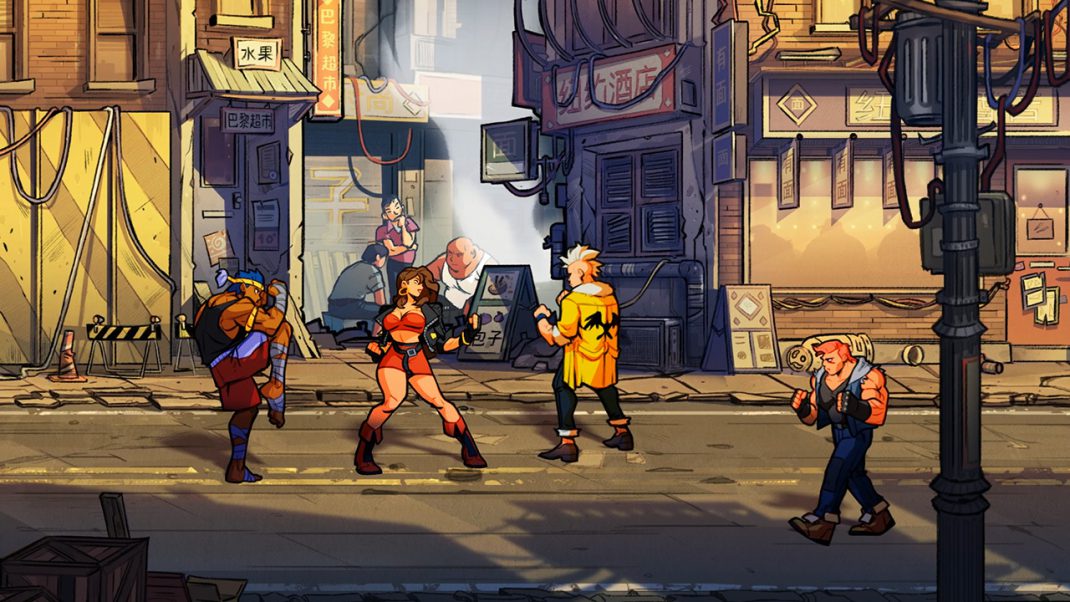 Streets of Rage 4 Video Goes Behind the Art

The video, led by Lizardcube’s Art & Creative Director Ben Fiquet and Lead Background Artist Julian Nguyen You, explores the extraordinary level of detail Lizardcube is bringing to Streets of Rage 4’s bustling city along with a bold style emphasizing linework and movement. Lizardcube’s vision incorporates fresh additions and a distinctive feel while upholding the series’ signature neon-soaked urban aesthetic – and even adds in elements once planned for the original Streets of Rage 2, including a car barreling onto the screen and crashing into players. View the clip in full here:

Streets of Rage 4 is the series’ first mainline entry in more than 25 years, reuniting Axel, Blaze, Adam, and introducing new fighters a decade after the events of Streets of Rage 2. With devastating new combat abilities, fluid animation, and original music from franchise composers Yūzō Koshiro (Streets of Rage 1, 2, & 3, Sonic the Hedgehog), Motohiro Kawashima (Streets of Rage 2 & 3, Shinobi II) and a renowned team of contributing musicians, Streets of Rage 4 celebrates the iconic series’ past while offering an inventive, skull-crackling brawl all its own.

For the latest on Streets of Rage 4, check out www.streets4rage.com, visit www.facebook.com/StreetsofRage4, and juggle @Dotemu, @Lizardcube, and @Guard_Crush’s follow buttons in a kickass combo on Twitter.