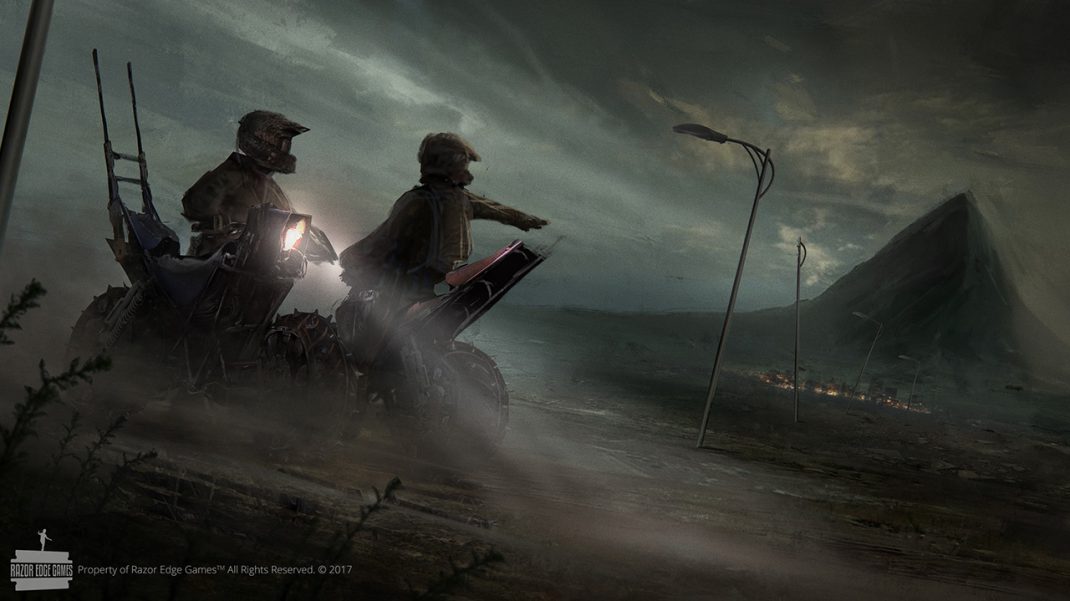 13th February 2020 – Gilbert, AZ – Stepping out from the wastelands of a ruined future Earth, Razor Edge Games announces its first title, the vast third-person, cinematic roleplaying game, Eden Falling. Set in the South West territory of what remains of North America, the sprawling map crosses from Mexico up through Utah with 1,000s of areas to explore. Join different Factions in the emerging civilization and undertake branching Contracts to strengthen bonds and gain experience in the tradition of tabletop gaming. Eden Falling is planned to enter Steam Early Access in 2020, and more can be discovered on the game’s official website which launches today.

Entering Eden Falling, players face a world in ruins. Sixty-two years after Asteroid 410777 struck the Earth, the alien spores it carried have decimated civilization. In the After Fall, what little remained of humanity has split into tribe-like groups. To survive, they have been forced to fight over and control what remains. Customizing their character’s appearance, stats, skills and equipment, players begin their journey in this wasteland, a journey that extends far beyond themselves. With mechanics drawn from tabletop gaming, characters age and evolve over years in-game, gaining experience and skills but losing others abilities, like strength and speed, as they age. But characters legacies don’t end if they retire or die, by building a family or travelling with Companions players can effectively pass on their skills to continue their story.

The expanse of the South West Territory is open for players to explore and filled with over 3,000 areas to explore that are stuffed with remnants of the past. Each environment is generated when it is first encountered, but then is locked as a unique location for the host and any friends in the game with them, with any changes becoming a permanent feature of that unique map. This world is populated with seven Factions to build relationships with, each with their own personalities and goals. Player’s cannot remain neutral between these groups, however, alliances are a necessary evil to survive when forced to contend with Marauders and other dangers. But the pendulum of opinion can be difficult to manage because taking a Contract from one Faction, such as the Texas Star, is likely to damage their standing with another.

Eden Falling’s official website is now live. Here players can discover more about the world of the After Fall and prepare for the game’s release in Early Access later in 2020. Players can also Wishlist the game now on Steam.